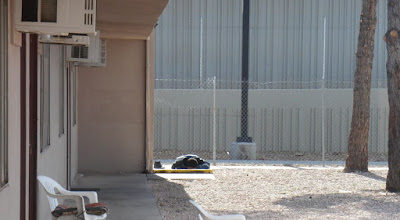 Last Sunday morning I get up and take the dog outside and there's some guy passed out on the sidewalk at the end of my courtyard. I didn't get close enough to see if I recognize him. He moved a few times and he had taken his shoes off and set them beside him so I knew he was not dead. Either he's homeless, passed out on drugs/drunk, or his girlfriend kicked him out. He got up and walked away a few hours later. 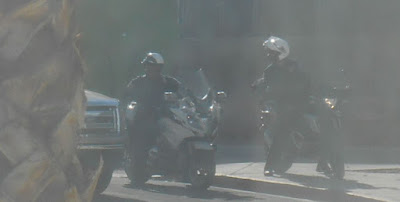 On Tuesday a bunch of motorcycle cops and I'm guessing detectives in big trucks came through my neighborhood, the alley, the Cal Ranch parking lot and the path that I walk. They made all the homeless people come out of their tents, or makeshift tents and had them all in handcuffs for a few minutes while they talked to the group of 15 or so of them. Then they uncuffed them and let them all go. We saw the cops on motorcycles and the guys in the trucks driving around my area for a few hours. I have no idea what that was about but the homeless people are still in the same place.

The picture of the motorcycle police was taken through my bedroom window so it's not the greatest. 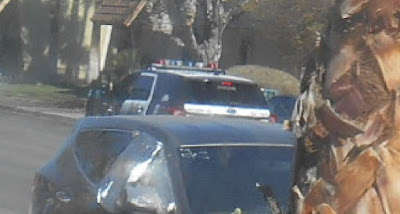 On Friday we heard a few gunshots in the area and a few minutes later the police helicopter was circling my apartment building. 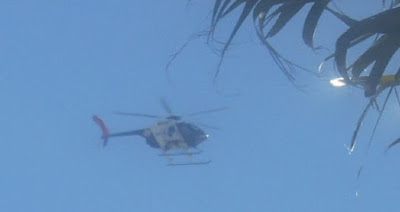 After the helicopter was up for a few minutes the police cars started driving by. I don't know if they caught the person shooting off their gun or not.

So that's it for this week's Apartment Hell  Life! Be sure to come back next week for more.
Posted by Mary Kirkland at 12:00 AM 46 comments