I would like to thank those who chose to serve. Yes, it's a big deal and they should get recognition for what they did. But I also want to say something else. There are a lot of our troops coming back with PTSD and other ailments and there's only one way to cure that and it's not at the bottom of a bottle or in a bag of weed. It's called counseling.

Think back to when our relatives and neighbors came home from serving in Vietnam..they had problems and many of them sought out psychological help. I know my uncle did. He came home and had nightmares, I know this because his wife told us and he finally started seeing a psychiatrist and started taking anxiety meds and anti depressants. After a while he no longer needed the meds and was able to stop seeing the psychologist. Those people self medicating aren't going to be able to get through what is bothering them if in fact they have PTSD and aren't just faking it for the weed and disability payments...which does happen more often than you think it does.

I had several relatives including my grandfather who served in the military and when they came back you didn't see them acting the way you see people acting these days. They put their big boy pants on, acted like a man, got real help if they needed it and got on with their lives.

If you are telling others that medical marijuana helps with PTSD you are perpetuating the problem..you are the problem and you are brain washing others to believe this BS the people who really truly need psychological counseling and the right medicine aren't going to get it because of people like you.

Stop being a whiny little girl and really deal with your problems.

I had PTSD at age 12 when my mother's boyfriend shot himself in front of me. I didn't deal with it for a few years and then I finally got psychological help and anxiety medications, it took a while but it no longer bothers me the way it used to. It's still there, but if I had hid my head at the bottom of a bottle or in a drug induced stupor, nothing would have changed.
Posted by Mary Kirkland at 12:17 AM 4 comments 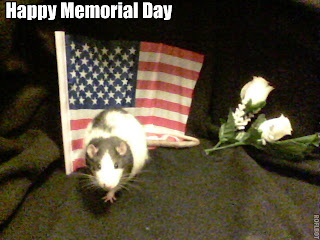