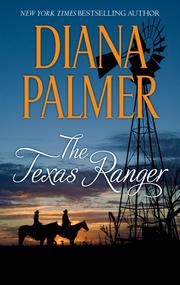 When Texas Ranger Marc Brannon returns to the line of duty, a high‐profile murder mystery pits him against a vibrant—and vulnerable—junior investigator from his past. Years ago, Josette Langley made no secret of the fact that she was desperately in love with the rugged lawman, and despite their differences, the rough‐hewn loner became drawn to the innocent young woman. Yet Marc and Josette parted on explosive terms when she made a shocking accusation that shattered both their lives.

Now they're back together again.... And this time, a lot more than just their hearts is at stake. The woman Marc once cherished is being targeted by a corrupt political figure who will stop at nothing to bury the truth. Can Marc and Josette set aside their stormy discord and see justice served—or will they both be caught in the crossfire? 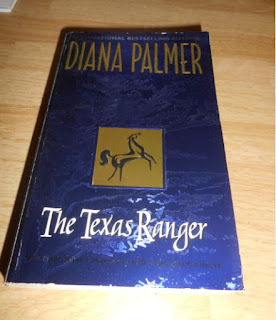 Before I get started on my review I wanted to let you know that the copy I'm reviewing is a copy I've had for years. It has a different cover than the one I found on Amazon and so I don't know if my edition and the newest edition are exactly the same. Anyway, I thought I might review some of the older books on my bookshelves that I've read years ago but really liked. I first read this book many years ago so a re-read was in order. This is one of my favorite authors for cowboy romance and I have a lot of her books.

Sergeant Marc Brannon was working on a case and trying to tie a mob boss into a murder and finally get the guy in prison and lock him away. When he finds out he'll be working with Josette, he's not happy about it but deals with it. They parted on bad terms 2 years earlier but he's moved on, at least he thinks he has.

Josette Langley just happens to get sent on the same murder case that Marc is working on. Their first meeting after a 2 year absence wasn't something she was looking forward to but she wasn't the soft spoken girl that Marc knew before. This Josette bites back and isn't about to let anyone walk all over her again.

While these two used to be friends, they're little more than enemies right now. And even though Josette is still affected by Marc and he is as well by her, there's a lot of baggage between them. Marc hurt her emotionally and physically albeit accidentally because he didn't believe her. She has every right not to like or trust him and he kept trying to get a rise out of her or make her lose her cool. That part made me mad because Marc came off like a jackass sometimes. If he had just apologizes a lot sooner, I think I would have liked him a bit more than I did for the first half of the book.

As they look into the murder and who could have motive to kill him, it becomes very apparent that someone doesn't like all the questions being asked. Josette and Marc become targets of someone who would rather this case be quietly pushed under a rug. But while they're working together trying to solve this murder, they start getting closer and the old feelings pop up for both of them...the good ones and the bad ones.

I really liked seeing them move on from the past and start to get close again. The big reveal about who was targeting them and who was behind the murder was a great twist. I had a feeling that's who it would be but it was nice to see that I was right. If you're not paying close attention to the small details, you'll miss who it is until they figure it out and reveal it.

This was a great murder mystery and a great romance. The pace of the story was great and kept me reading, wanting to know more and hoping they would find out some other juicy tidbit of information.