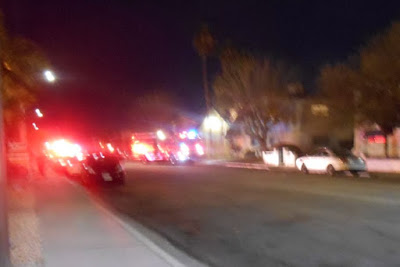 On January 10th, 2018 at 9pm we heard a bunch of sirens down our street. So we went outside and saw 3 fire trucks just down the street. They rushed to an apartment, broke down the door with one of those metal rams that they swing at the door and then they went in. 10 seconds later they all came out and someone asked them what happened. They said false alarm and left. I have no idea who called them but nothing else happened that night. I'm still curious who called them and why.

And yes, my camera takes blurry pictures at night. I have no idea how to fix this.