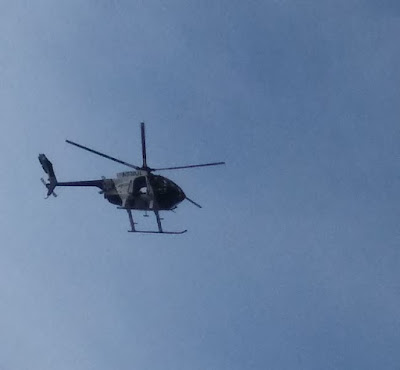 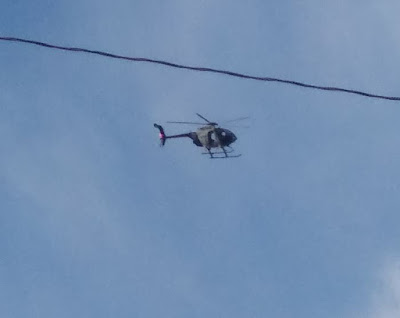 When they fly really low it shakes the entire apartment and it's really loud. There were several people outside taking pictures of the helicopter. I wish I knew why they kept coming back for though. Things have been pretty quiet around here lately.