On Monday I just happened to look out my bedroom window when I saw several police cars going around the corner and into the alley for the apartment complex across the street from me. This was the only police car I was fast enough to open my window and get a picture of though. The police were across the street and I watched them go into two different apartments and talk to several people over there. I don't know what was happening but no one was arrested before they left.
---

I saw the Marshall go to one of my neighbor's apartments but she wasn't home. I seriously doubt the Marshall was there for her. She was probably there for the A-hole boyfriend that she kicked out over a month ago. He was loud and obnoxious and she is such a nice quiet woman. A couple of days later two Marshall's showed up at her door when she was home and they went it to talk to her. They came out and left and haven't been back. I have to wonder if her ex has a warrant and they were looking for him or something.
--- 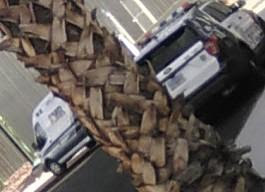 On Thursday the police showed up and then the ambulance. The ambulance took away the homeless brother of the guy who lives in my apartment building. 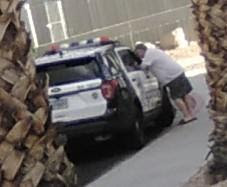 Then guy who's homeless brother is always breaking his windows was out there talking to the police I'm assuming about his brother. I have no idea what was wrong with the homeless brother but I know he does drugs so it might have been that.
---
Last week two different people moved out of my building. One guy just didn't want to renew his lease next month and I can hardly blame him with everything that's been happening around here. The other guy who moved out actually got evicted. It was the guy who was off his antipsychotic meds and was yelling and screaming all day and night. So many people complained that management finally evicted him.
----
Saturday morning I walked by drug dealer's apartment and there was a druggie out there in front of their door with a bucket of water. He had his pants pulled all the way down and was using the bucket of water to clean his junk. He pulled his pants up as I was walking by, pulled out a small vial and did a hit of coke off a small spoon. Did not even care I was there. Then he walked over to the bushes and urinated.
Drug dealer had their door open and did not care. I'm sure he got the bucket of water from them.
I can't even with this place. He then proceeded to stand down there cleaning the rest of his body in front of their door with the bucket of water.
So I guess drug dealer is ok with selling drugs, letting the druggies smoke the drugs in his apartment but draws the line at letting them take a shower or use the restroom?
Good grief.
---

The roofers have been on my building all week redoing the roof. They start at 7am and they are loud. But Falcor was sick with stomach troubles for a few of those nights and he got me up a few times each night to go out, so I didn't get any sleep. And I couldn't sleep in because of the noise. 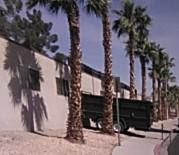 One morning the roofers pushed their trailer right up to the wall of my building where the bedrooms are and they smacked the wall. Omg it was so loud and it shook the wall. It scared the bejuju's outta me at 7am. I was wide awake after that. I will be glad when they are done. But at least I don't have to worry about a leaky roof if it rains.
---
The high this week was 99F/37C
The low this week was 59F/15C
So that's it for this week's Apartment Hell  Life! Be sure to come back next week for more.
Posted by Mary Kirkland at 12:00 AM 43 comments