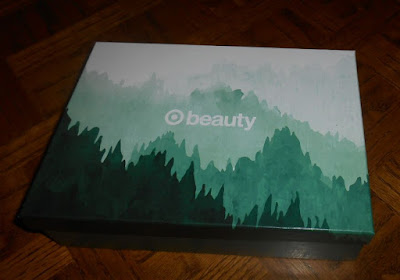 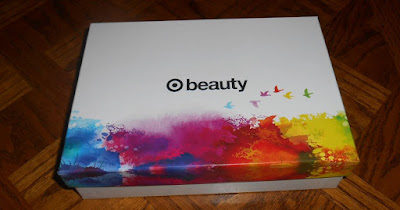 Each month Target releases a new Target Beauty Box but supplies are limited and it's first come first serve until they run out. These boxes go fast so I try to grab one as soon as I see it being talked about on Twitter or fb. I haven't bought a Men's Box before but this month I did because I liked what was in the box. They are $7 a piece and usually well worth the price. 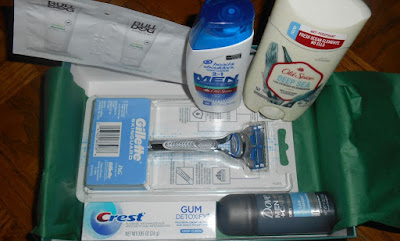 Here's a picture of the Men's box. I mostly just wanted that razor and toothpaste for myself and will be giving the rest of it to Ken. 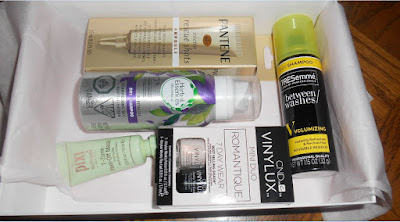 The Women's Target Beauty Box had a few things in it that I wanted this month as well. 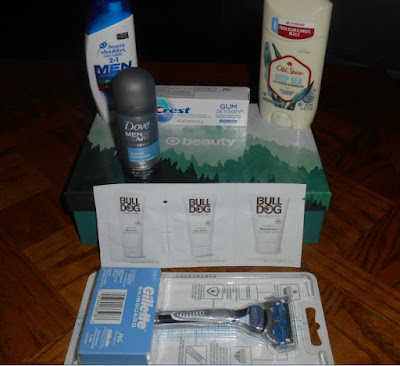 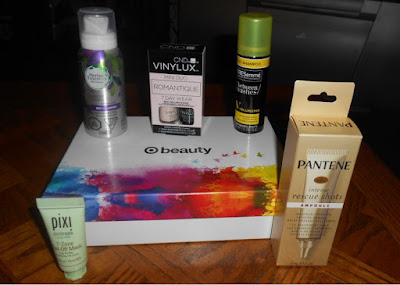 Ken got most of the stuff in the Men's box which he said he liked. He's tried most of the products in that box before and liked them so I figured he'd like the box. I mostly just wanted the razor. lol But I also wanted to show what all comes in the Men's boxes in case you haven't seen them before. Each month is something different.

I really liked the products in the Women's box even though they were all new to me. Two new dry shampoo's that ended up working pretty good. They do leave a bit of a white residue in my hair though so you really have to work them in if you have darker hair.

I've been trying out the nail polish and like that as well as the peel off mask. You knew they were going to have to put some kind of face mask in this box. lol

The Pantene rescue shot is like a deep conditioner and works really well. I have long hair so I don't mind trying something new that seems to help keep my long hair manageable.

For $7 each, I think these boxes were a pretty good deal.

Did you get either of these boxes?
Posted by Mary Kirkland at 12:00 AM 38 comments