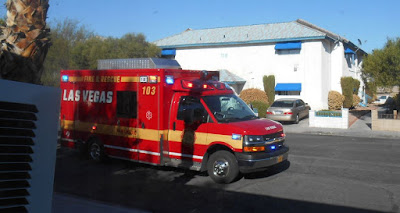 On Christmas morning my next door neighbor's friend knocked on my door and told me that her friend ( Jose) that lived right next door to me passed away that morning. The lady that told me was friends with him and we spoke a few times. The man who passed away was 82 years old. Nice guy, was very quiet and always said hi to me. I feel bad for his family.

As soon as the paramedics and police got here and word got around that he had died, a bunch of the cretins from across the street were over here in front of his door trying to look in. One of my other neighbors knocked on my door to inform me what happened but I told her I already knew and I shut my door. I think she wanted a reason to stand there and I didn't give it to her. I heard her say, "Oh there he is in the chair." and the woman who found him yelled at her and said, "Don't do that, don't look a him." There were about 9 people standing in front of my door trying to see inside his apartment. The police finally had to tell them to leave, it was so ridiculous and disrespectful. 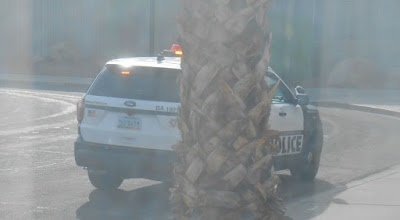 A little while after the ambulance got here the police and a detective pulled up as well. Then the white coroner van pulled up about an hour later.

On Friday I went down to the office and informed the manager that he passed away and that one of his friends had taken over his apartment. I wouldn't have cared except this woman was letting all the homeless in and there was a steady stream of drug addicts coming and going from the door while she was there and she had her boyfriend in there with her. I wasn't gonna put up with that. The manager never did anything though.

On Friday the 27th, a nephew of Jose, the man that passed away came to the apartment with the police because the woman who found him deceased Christmas morning was staying in the apartment and wouldn't leave. She told the police the day Jose died that she had been living with him so they let her stay there. The nephew came with the police on the 27th to try and get her removed but she told the police that she had been living there as his roommate for 6 months so the police told the nephew that he couldn't prove otherwise and would have to go to court and have her evicted. 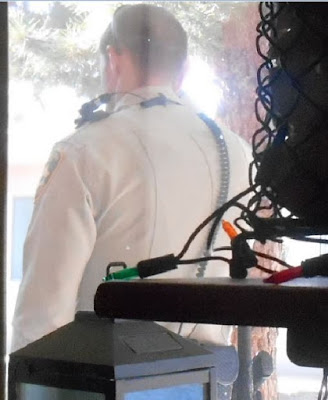 The family showed up Saturday the 28th early in the morning and packed up all of his things. They knocked on my door to ask if we had heard any arguing the night Jose had died and we hadn't. The nephew told us that the coroner found Jose had died of head trauma not a heart attack like the woman who found him had said. But the police are not treating his death like suspiciously or foul play because he could have fallen down and hit his head when he was drinking. The woman wouldn't leave so the family got in her face, there was a shouting match and told her to leave which she finally did but she kept coming back so they called the police. The police knocked on my door and asked me if the woman lived there and I told them she didn't. That she came by every once in a while but as soon as he died she took over the apartment and had been letting the homeless and the local drug addicts into his apartment. The police said thanks and went back outside. She wouldn't give the family members the key to the apartment that she had so the police told them they should just change the locks so they bought a new lock, installed it and left the keys in the office drop box when they were done moving everything out. The office is closed on the weekends so they'll find the keys when they come back on Monday. She came back that night and tried using her key to get in and was pissed when her key didn't work. We watched and listened to make sure they weren't breaking in because if they had we would have called the police.