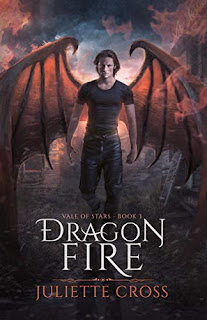 Book Description
Wounded, with a target still on his back, Kieren Moonring has been hiding in the last place his Morgon enemies might find him—the Sisterhood of Light. In the human convent on the southern shores of Primus, his body heals quickly, but his soul is broken. Bitterness and fury fill that gaping chasm that was opened by the evil Larkosians.
While Sister Liana tends to the recovering Morgon man hiding in their convent, she can't stop or disguise her growing attraction. What disturbs her more is when he begins to uncover her past that is best kept buried. Her secrets will only lead to more danger for herself...and for Kieren.
What angers him most about Liana is her unwavering belief that hope can cure the world. Her naïve and misguided ideals will get her killed. And when she becomes the next target...bloody hell, if he won’t murder the whole world to keep her safe.
My Review
The Larkosians are dragon hybrid's but follow a ruthless dragon who wants to take over and bend the Morgon's and humans to their will. They plan on starting a war and they are cold blooded killers willing to do whatever it takes in order to win.
Kieren had been staying at a convent for a few months after being attacked by the Larkosians. While there he met a nun, sister Liana who he feels things for that he shouldn't. But the crazy thing is, she feels things for him as well.
The Morgon and Larkosians are a dragon hybrid race. But the Larkosians were not peaceful like the Morgon's were but even some of the Morgon's didn't like humans yet and wanted to stay separated from them.
Kieren had stayed at the monastery for months while he healed from his wounds and in that time he had truly and fully fallen for Liana.  He didn't speak of what happened to him or why he had to leave and when it came time, leaving was really the last thing he wanted to do because of her. He promised to write and she promised to write him back when he left. They both had secrets they kept hidden from the other but that didn't stop the feelings from developing between them. But right before he could leave, a bunch of Larkosians invaded the convent trying to take the nuns as slaves.
Kieren and Liana hold up with some of Liana's friends when they escape. When Kieran talks with his brother, Kol he tells him what happened and Kol is able to convince him to bring Liana back home with him because she's a witness to what happened at the convent. There's some political problems going on in Kieran and Kol's Senate and they are hoping that Liana's witness testimony along with the help of some of the Senators who aren't corrupt will help bring down the corrupt Senators who seem to be helping the Larkosians or are at least not trying to stop them.
But they aren't as safe as they thought they would be and danger seems to come at them several times. Plus there's a traitor in their midst that they have to trick this person to come out where they can catch him. The danger doesn't seem like it's going to go away easily and there's definitely a war between all the different dragon hybrid's coming.
This series has been so good and I am definitely going to keep reading these books.
I give this book 5 out of 5 stars.
Posted by Mary Kirkland at 12:00 AM 28 comments