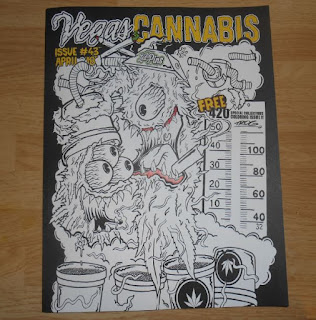 I had planned to just show the cover of this magazine that Ken found at one of the Marijuana Dispensaries he went to last week because I thought it was fun that they added a coloring page to it and a few on the inside. 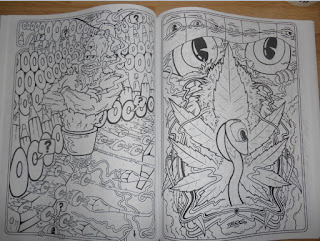 Most of you know that here in Las Vegas, marijuana is now legal to buy and use for recreational use as long as you are 21 years of age and have a legal ID. So I thought, instead of just showing this magazine, how about an informational post about a few of the things I know about the dispensaries and what you can now buy.

I do not now, or have I ever smoked marijuana nor do I ever plan to but Ken does on occasion and that's how I got the products for these pictures that I took. I'm not an advocate for marijuana use but I don't care what someone does in their own home.

If you live in a place that doesn't have legalized marijuana then I thought that it might be interesting to read your reactions to what someone might buy where it is legal. There are a lot of products available at the dispensaries including the pre-rolls, buds and edibles but I'll only be talking about the pre-rolls since that's what I was able to take pictures of. 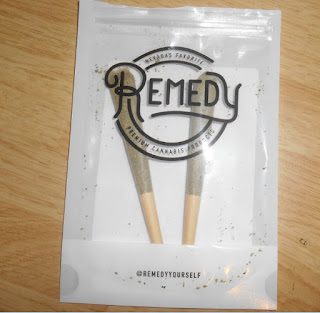 This is what Ken and his friends usually buy, it's called a pre-roll. They are $12 for each pre-roll and he usually buys one or two a month. They come pre-rolled and looks like a mini cigar and I've been told you can smoke it like that or you can empty this out and smoke it in a glass marijuana pipe. Most people who I've seen buy these dump them out and use the pipes. 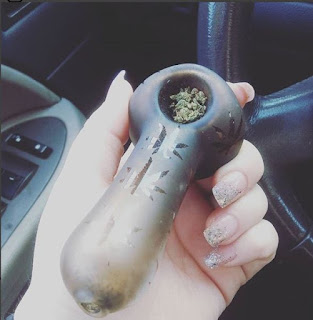 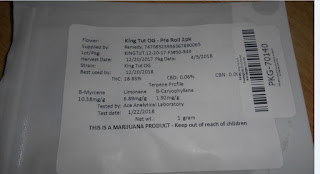 The marijuana you buy at the dispensary is given to you in a sealed bag so you can legally transport it home. So even if you get pulled over by the cops for some reason, as long as you haven't torn the package open, it's legal to have in your car. On the back of the envelope it comes in, are a bunch of facts about the marijuana you just bought including, the strain, weight, THC level, date it was harvested, what laboratory tested it, and where you bought it.

Ken just found out that Veterans get a 15% discount so the last time he went in he took his DD214 and they put it in his file, so from now on that discount automatically gets applied if he buys something.

When you go to the dispensary it's just a shop like any other business. When you go in, you check in with the security guard and then wait in line to tell them what you want to buy. They then take the product over to the cashier where you pay for it. They only take cash, no debit, checks or credit cards. At least the ones here. Then they place your products in the bag, seal it and give it to you. If you have a medical marijuana card, you get to go to the front of all the lines. Medical marijuana patients get priority in most of the dispensaries.

Just like alcohol it is still illegal to drive while under the influence. So if you get pulled over and tested for marijuana and have more in your system than is legally allowed, you can get a DUI ticket. I do not know right now what the legal limit for marijuana is.

What do you think about some states legalizing marijuana?