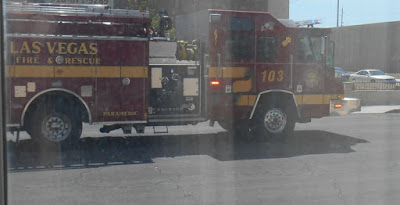 This week the fire department showed up for someone across the street. The fire truck was out on the street for about an hour but no one was taken out on a stretcher and no ambulance showed up so I have no idea what they were there for.

10pm on Sunday night some woman was banging on my neighbors door so loud I thought she was going to break it in. The man who I found out later is her brother came to the door and she started smacking the hell out of him. Screaming at him to give her back her money. She said she paid their rent and he needs to give her back her bread. The screaming went on for 30 minutes before they left to find the wife who I saw pack a few bags and leave earlier that day. Monday morning I noticed part of his screen door was smashed in. That lady told another neighbor that when her husband found her, she called the police on him because he was driving drunk...he was arrested for DUI which broke his probation so he's in jail for a while.

Monday morning that same lady who's husband is now in jail...the lady who likes to stand outside naked was just walking around and standing outside in her underwear and a shirt so see through that it left NOTHING to the imagination. LOL 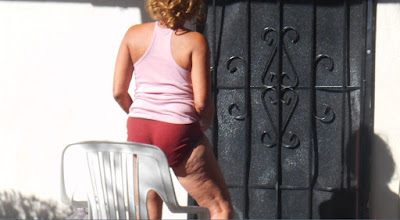