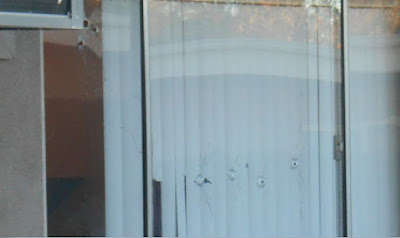 Everything was pretty quiet New Years night and we were really surprised. Then at 4:34am we got woke up to gunshots that were really close. Ken got up to look outside and saw a car speed away. We had no idea where it came from so we went back to sleep. I got up to take falcor out that morning and saw that the apartment 4 door down from me had bullet holes all through the window and wall. I don't know if the cops came that morning while we were sleeping or not. Ken told the apartment manager and she called the police to check on them. 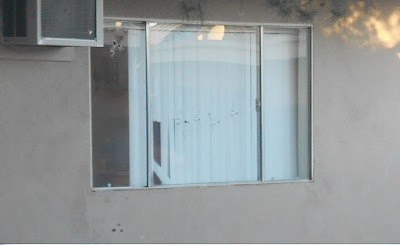 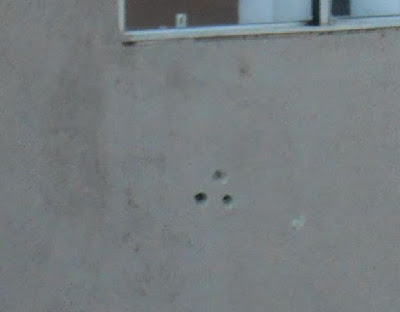 The police came and broke into the apartment. When the police got here they took the yellow police tape and roped off that entire end of the courtyard.

When they got in we overheard them say that the bullets went through the first apartment's living room wall and into the apartment next door so they broke into that apartment too. No one was hurt in either apartment.