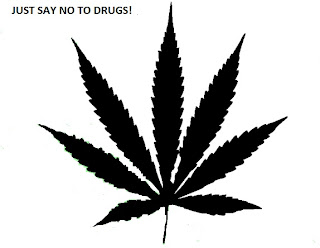 The next time someone tells you that medical marijuana has never killed anyone...you can tell them that's BS.

I saw on the news not too long ago that at least two dogs have died from ingesting edibles like baked goods and butter made with marijuana, because their human owners were too stoned or stupid to put the drugs up and out of the way.

After hearing about this and reading from veterinarians that the cases of marijuana poisoning has more than tripled each week in vet offices all over the US where medical marijuana is now legal, I knew I had another article to write.

And you can find it here.

The fact is, if you are going to have marijuana in your home and are not wise enough to keep it up out of the reach of your pets...then you shouldn't have pets.

Killed by cannabis: Boy, 17, dies falling down stairs while high on skunk ... and proves Sir Richard Branson is wrong about drugs

Man Convicted Of Causing Deadly Accident By Driving While Stoned

Stoned Driving Nearly Doubles the Risk of a Fatal Crash

I just want to state that I am not against the use of Medical Marijuana for patients who are going through cancer treatment, are terminally ill, or going through other medical treatments that are causing them pain. I really feel for those people. What I am against are all these people who can now get their 'medical cannabis' card for ailments such as headaches, stress, back pain, anxiety, depression, the shakes, ect...There are medicines out there with little to no side effects that are better equipped in treating these types of ailments. Medical Marijuana should not be allowed to be used to these things. First it's a cop out and second, most people who get them for these ailments are faking the ailments in order to smoke week legally.

Anyone can go to their doctor and say they have back pain, headaches, stress or anxiety and there's really no way to the doctor to prove that you don't have these things.

But the next time that some idiot tries telling you that medical marijuana has never killed anyone...you'll be able to tell them differently. 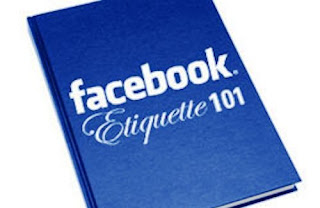 I've been on facebook now for a few years and there are always a few people who do things that really annoy me and other people. I see it happening all the time. So here are a few things you should NOT do on Facebook.

1. Do not tag others in your family pictures if they aren't family.- I had a few friends that had babies and they wanted everyone to see their new babies. So what did they do? They tagged dozens of their friends in the baby pictures which meant the pictures ended up on my wall with my name on them. So them my family and other friends would ask if that was me, or my kid, or a relative and I would have to say no just a friends kid. I'll see your pictures by you just adding them on your page, you don't need to tag me in them.

2. Don't add other people to groups.- Omg I hate this. I've been added to several different groups and for the most part I just delete myself from the group but some times people don't know how to delete themselves from a group and get mad.

3. Do Not send game requests.- I can't tell you how many times I get game requests and I see how much it really bothers others on fb. People will even delete you as a friend for doing this too much.

4. Do Not add pictures of abused and hurt animals to your page. Even if you are trying to get the animal help or want to see the people responsible for the abuse put away.- There is never any reason for sharing a picture of a bloody abused animal on Facebook. People open up their fb pages and look at their newsfeeds in their living rooms, kitchen tables and around their small children and kids see this stuff. It's bad enough if a kid see's it but I don't want to see it either. I have deleted several friends for doing just this thing even after I warned them I would delete them if they did it again. I won't tolerate it and I will report the picture.

5. Don't share other people's family photos without permission.- I had a friend share a photo of her grandson on her page mostly for her other relatives to see it and I clicked "like" on it. One of my friends saw the picture I clicked "like" on and decided to share said picture on her wall and then posted a comment asking who the hell this baby belonged too. I had to tell her it was a friends and to take it down she shouldn't have shared it.

6. If you don't understand the 'Share" button, don't use it.- I had a friends post a picture of a half naked man on the cover of a romance book and I made a comment on it and a friend of mine saw the picture because of the comment I made, it came up in her newsfeed. So she 'shared' the picture on her page and then when she saw it on her page she got mad and cussed the person out who originally posted the picture for addding filth to her wall. I had to explain to her what the "share" button did. Don't share things unless you want them to be posted on your wall.

8. Don't be a friend hoarder. - Don't send out friend requests to hundreds of people just so you have hundreds of friends you never talk to. I'm not putting a link to my fb page here because if I want to be your friend, I'll send you a friend request. If I don't know you, I most likely won't accept your friend request. If we don't have at least one friend in common..why are you trying to friend me in the first place if you don't know me? People who have 1200 friends and aren't a celebrity..are most likely friend hoarders. if you don't talk to me at least once a month, make a comment on fb on at least one post a month and we are friends..I will delete you. I see no reason to stay friends if you aren't going to talk to me.

9. Don't Overshare.- Don't tell me how much you vomited, don't take pictures of the biggest turd you've ever shat and then post it on fb, don't pick a big green booger after having a sinus infection and post pictures, don't show pictures of the toe surgery you just had while it's still oozing puss, and for the love of a cheeseburger don't tell us how much poo the baby's diaper had in it today.

10. Don't Share My Status Posts on Your Wall As Your Own- If I write a status like "today I went out and had a burger, some fries and then we went to the park to feed the ducks." Why would you then share that status using the share button so it posts on your page? Why would a person do that unless they just don't have a full understanding of facebook etiquette. In a case like this, that is my status..do not share it. There's no reason to share it. if you want to comment on it, by all means do so.

So there you have it. A few facebook Etiquette rules.