The Keeper of the Pictures

I am known to my family as the keeper of the pictures. Mostly because when I was 12 my mom and dad gave me the box of pictures they had of the family when they divorced and told me it was my job to keep them safe for my family. To me it seemed like a huge box of pictures but when I bought my very first photo album all the pictures fit into this one huge photo album. So it was a lot of pictures just not as many as I had thought it was. Now with digital cameras I have a lot of pictures on the computer and after getting a virus a few years ago and losing all the pictures I had on the computer. I learned to back them up by putting them on Photobucket and some on fb.

That way there are some place if the computer decides to get a virus and I can't get to them again. I know I should back them up on disk but I like photobucket. So here are a few of my family pictures to get to know me better. 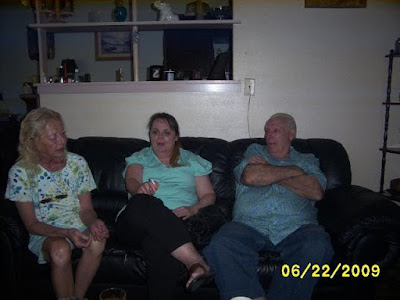 My mom, step mom and dad. 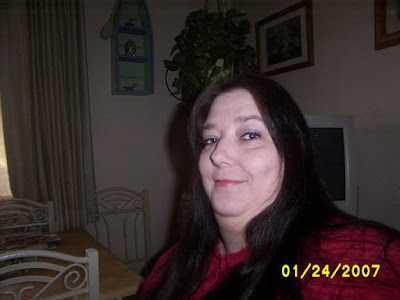 And here I am. 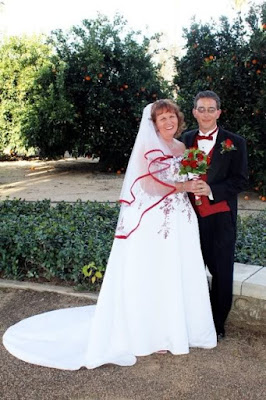 My younger brother, Billy and his wife Lynnece. 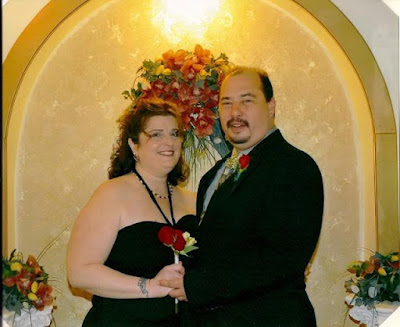 My older brother, Bear and his wife Melissa. 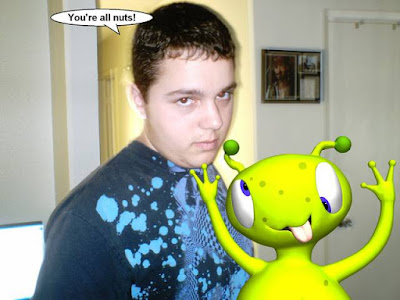 And this is my nephew Billy Jr. This is what I can do to the digital pictures when I have time. LOL He just loved this..:P 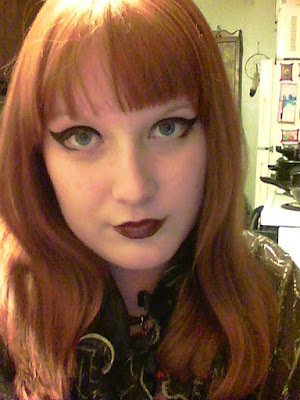 My beautiful daughter Elizabeth this past Halloween. 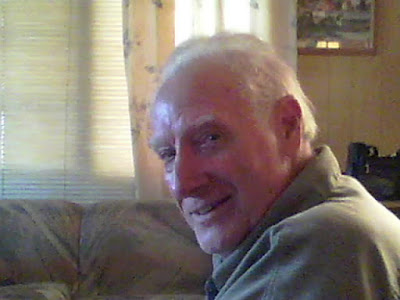 My dad caught off guard. lol 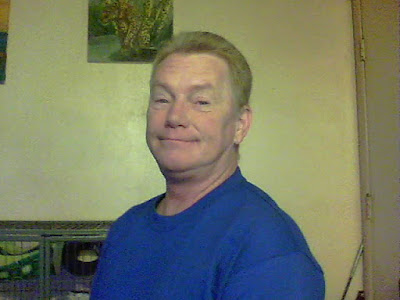 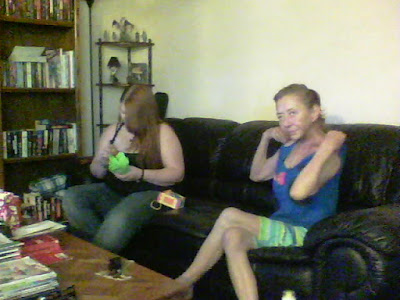 My mom and daughter on my daughter's 20th birthday. 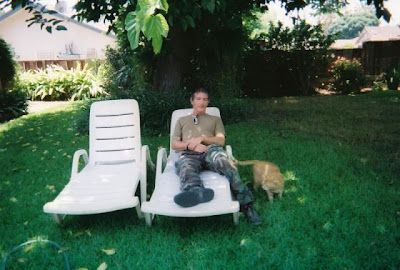 My little brother Billy...relaxing with the cat in the back yard.

When my mom passed away last year I inherited all her pictures and there are a whole bunch that I have no idea who the heck they are, but I'm keeping them because maybe a cousin will come around some day and I can show them to him and he can tell me who some of them are. Plus, they are old...like really old black and white pictures that are at least 50-70 years old. I figured out a few of them and wrote who they were on the back of them. Ya know, I actually wrote on over 600 pictures that I got from my mom...my hand still hurts.

One of the last times my dad came over I pulled out that very first photo album I made with the pictures when I was 12 and asked him about 4 pictures who I found out were his grandparents. How cool is that, I had pictures of my great grandparents all this time and didn't even know it.

Posted by Mary Kirkland at 8:12 AM