What TV shows do you watch on a regular basis? I have a few shows that I watch all the time and look forward to seeing each week. I thought I would share a few of them with you. 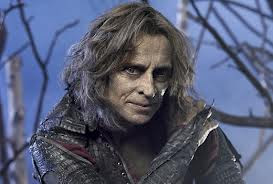 Once Upon A Time has a fairy tale or Grimm fairy Tales feel to it and while at first I wasn't sure about this show, I have really come to love it. I have to say my favorite character on the show is Rumpelstiltskin. I've always liked this actor, his Scottish accent might have a little to do with that but I'm not at all ashamed to admit that. lol 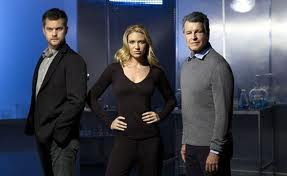 Fringe. I am sad that this is their last season and with people being killed off this past month that I really didn't think would be killed off on the show, I don't know how they are going to finish this show to the fans enjoyment. I can only hope they fit all of the things into this last season that will make for a good ending that we fans will like when the series has ended. 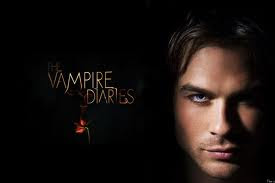 The Vampire Diaries...Damon...Need I say more? I think not. 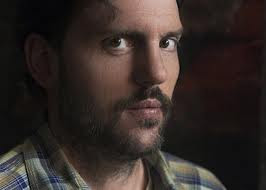 Grimm, now I realize that Nick is actually the star of this show...but my favorite character is Monroe. I wasn't sure about this show when it first started but I love Monroe. He's sexy and timid at times but can really step up when needed. 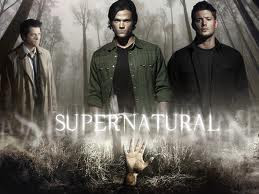 Supernatural is one of those shows that sometimes I like the episodes and sometimes I don't. I really liked the series up until last season when they were fighting the Leviathan. It seems like every time they get rid of one monster and think they have saved the world...another monster even worst just pops up to make their lives hell. I'm waiting to see if this storyline they are on right now gets any better. I love this show and hope they can pull out another great season.

Some of the other great shows I really like are Criminal Minds, Law and Order SVU, Haven and Being Human.

As you can see, I really like supernatural or Sci-fi type shows for the most part with a few shows like Criminal Minds thrown in. I mean if there's ever a Zombie Apocalypse I need to know how to kill them as well as dispose of the evidence. lol
Posted by Mary Kirkland at 1:18 AM