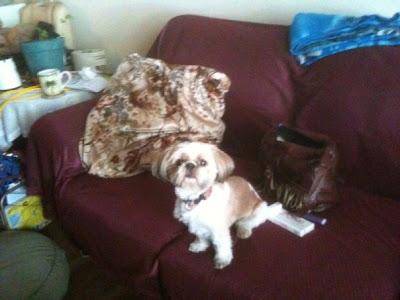 As you probably know by now I don't have dogs or cats as pets, I have rats. But my brother has a dog and my mom had a dog. I wondered why a dog was considered man's best friend so I did some research and found out. If you'd like to know the story of How The Dog Became Man's Best Friend... just click the link.

Since it's right after Christmas I thought I would talk a little about pets and how they are a commitment, not just a "I'll take care of it until I get sick of it".

As with any pet, you should never ever adopt or accept an animal unless you plan on keeping them. I've seen it too many times. A family or person in the family decides that they want to adopt a pet and they don't think about the commitment it's going to take to care for the animal and after a while, they give the pet away, take it to a shelter without letting other family members know what they've done.

The very least you can do is make sure the animal you are getting rid of is going to a forever home and will be happy.

Another thing to consider, especially since Easter is right around the corner is not to get pet bunnies for your niece or nephew without asking the parents. bringing home a cute pet for a family member may seem like a great idea and would make a great gift but if they are willing to take the time to care for the animal..it's a bad idea.

Don't take on an animal without really thinking about the commitment you're going to have to put into this. Animals aren't disposable pets and should be treated with respect.
Posted by Mary Kirkland at 1:04 AM