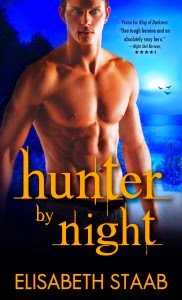 Party girl Alexia Blackburn is only hanging around the vampire compound until her best friend—the queen—has her baby. After that, nothing is going to stop Alexia from getting back to daylight, safety, and feeling like a normal human being. But leaving the vampire world has one big catch...

He needs her to stay

Head of vampire security Lee Goram has hated and distrusted humans for centuries. Feeding on vampire blood has kept him strong...but now it's killing him—and he's horrified to discover that Alexia may hold the key to his cure. He'd rather die defending his king than admit his weakness, but time is running out for the great vampire warrior...

Alexia found herself living at an estate full of vampires, not liking finding herself alone and lonely she sneaks out a few times but gets caught by Lee one time on her way back in. He's furious with her because there are troubles brewing that she doesn't know about and is afraid she could inadvertently get caught in the cross fire.

Lee doesn't like humans because of the way his family was killed and because he's lived for so long he's been around to see what humans will do once they find out about vampires. But he can't help but feel a strong pull in Alexia's way.

I want to start out by saying that this is book 3 in the Chronicles on Yavn series and this is the first book I've read so far. I won this book in a blog contest and decided to read it even though I hadn't read the other books in the series.

I loved how snarky Alexia is, her sarcastic attitude towards Lee and his tough guy attitude at the remarks she makes was so much fun to read. Staab has a great sense of humor and it definitely shows in this book. Some of the things that Alexia says are just too funny for words.

Of course while their romance is heating up there's a cra-cra, extremely evil, back from the dead guy  on the loose who could bring about the next plague epidemic. Their home is under attack and it could be an inside job.

While this book can be read as a stand alone, I think it would probably make more sense if the 2 previous books were read first. There are several secondary characters in this book that I came to like and want to know more about so I'll be reading the other books in this series to see how they all fit in and got to the point where I found them in this book.

I particularly liked Theresa and Xander. Xander finds Theresa in the hospital waiting for someone to get a blood sample from her baby, who just happens to be a vampire. Yep, this book has baby vampires. Tiny baby vampire fangs and all that. How cute is that? Theresa is a widow and so is Xander, they find a spark of fire between them while bunking down in a safe place and waiting for the trouble back home to quiet down.

I love paranormal romance, especially when vampires are involved. If you do too, then you'll like this book.