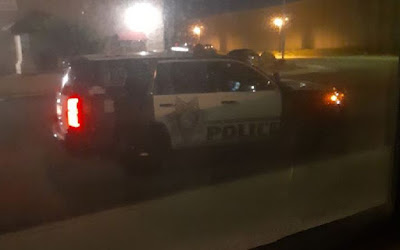 Tuesday morning at nearly 1am, the lights and sirens from the police cars woke me up. I got up and looked out my bedroom window and saw there was at least 4 police cars on my street and several more were quickly driving down the street as well. 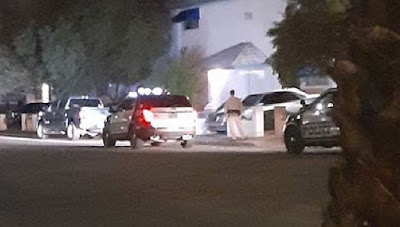 My daughter went outside and got a couple of pictures of police on the street and one officer told her to go back inside because there was an active shooter somewhere in the neighborhood. So she came back inside after getting a couple more pictures. 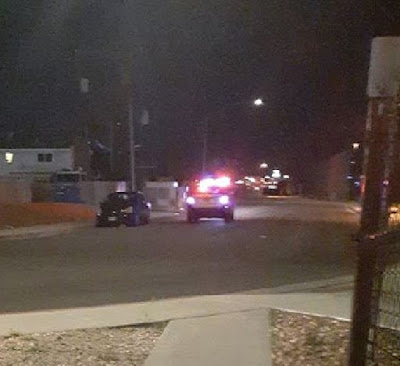 The police were on the side street, the alley, my street, the Cal Ranch parking lot and then the police helicopter started flying over. 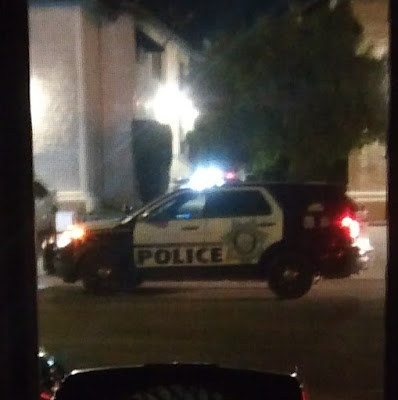 The police were on my street for almost 2 hours before they left.

From the neighbors I heard the next day, it seems someone was shooting behind the Cal Ranch store in the parking lot and then ran off and they never caught whoever it was. I didn't see any news reports or anything about it so I'm not sure but the police said there was an active shooter in the area so that's enough to make me nervous.

Ken is doing good in physical therapy and might get to come home in a week or so. After that he'll be seeing an Oncologist to find out what all is going on and get treatment options. I really appreciate all the love, support and good thoughts everyone has been sending. It has really helped seeing so many positive comments and well wishes.