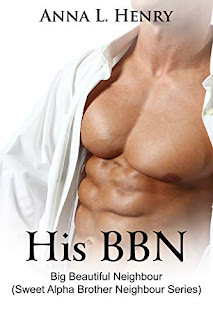 Joshua
When any woman dreams of a hunk of a man Joshua Gentles fits the description to a T: Tall, muscular, handsome. In short. He was HOT. And hot guys always got hot girls. But those just are not his type. When he moves into a new apartment complex he is instantly smitten by his new neighbor, Anabelle, who has a bright and bubbly personality that is as big as she is. But she barely gives him the time of day. Joshua is not the type to take ‘no’ for an answer and goes in pursuit because he knows that Anabelle is not just what he wants, but what he NEEDS…

Anabelle
When Anabelle Landers takes on the task as president of the tenants’ association for the apartment complex, she knew she would have to meet and greet all who lived there. But nothing could have prepared her for the hunky Joshua Gentles. To add insult to injury, he was actually pretending to be interested in her. But in spite of her resistance she knows she’s falling for him. now if only she could stop him from finding out that he had become the star of her latest bedtime fantasies. When they find themselves trapped in close quarters and they have no choice but to talk, Anabelle realizes Joshua may not be so bad after all…

Joshua and his brother are in the process of moving into a new apartment together when he stumbles into Annabelle, his neighbor while carrying a big box. Annabelle was the president of the tenants association and wanted the other tenants to be included in the Christmas holiday festivities. Joshua and his brother decided to help out as well as a lot of the other tenants and when they all singed up for what they wanted to do, she found herself working closely with Joshua.

Annabelle had been hurt, emotionally in the past from guys who looked like Joshua. So when he turned on the charm she had her walls up and tried not to fall for him even though he seemed like he really liked her and wanted to get to know her better.

As they got to know each other more and more, they realized that they liked one another. Joshua was always looking for reasons to be with her, not that she minded. These two were so cute together. I liked both of them right from the start. This was a short novella and a quick read but I really enjoyed the story. It did need some proofreading as I found a few mistakes but I'm not going to deduct stars for that.