I have so many loose pictures laying around, especially since my mother passed away and I inherited all her pictures. I've been putting some in scrapbooks and some in albums and I've got about 400 pictures put away at this point.

But while I was doing all that I cam across a few pictures of the hamsters we've had as pets and knew I had some fun scrapbook pages, cardstock, cut outs ect.. in my bag. so I put this page together the other day and wanted to share it with you. 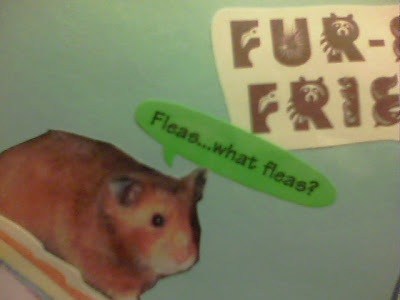 This was Sniffy, he was such a character. he was the most lovable little hamster.
I thought the 'fleas' thought bubble went really well with the look on his little face. 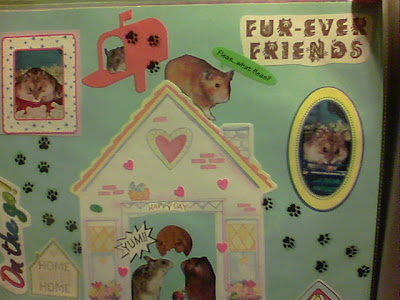 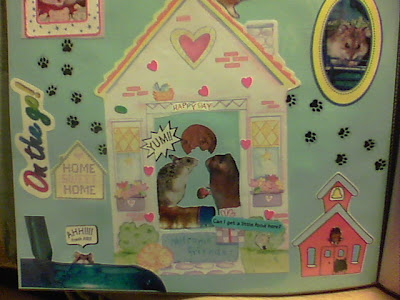 As you can see, we've had quite a few hamsters. 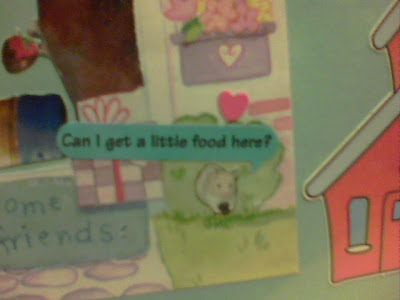 I found a tiny picture of Buster, our big hamster and put a small cupcake sticker in his paws. You can't really see if from this fuzzy picture, but it's adorable. 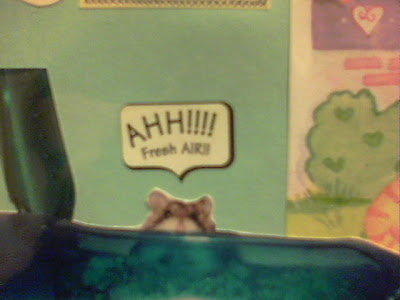 This is Cuddles peeking out from atop a hamster cage. She loved the space on top and always made it her bed. I bought her from a pet store in the mall, even though I don't usually buy from pet stores. But the store was going out of business and she was going to be going to the shelter the next day. The thing is a few days after I brought her home...she gave birth to 5 healthy little babies. I didn't even know there were babies in the cage until I heard the squeaking. I kept all the babies their entire lives.

We ended up with three boys and two girls. It was so much fun raising babies to adulthood. Cuddles was a great mama.

—A member of @NescafeUSA Tasters
Posted by Mary Kirkland at 1:01 AM