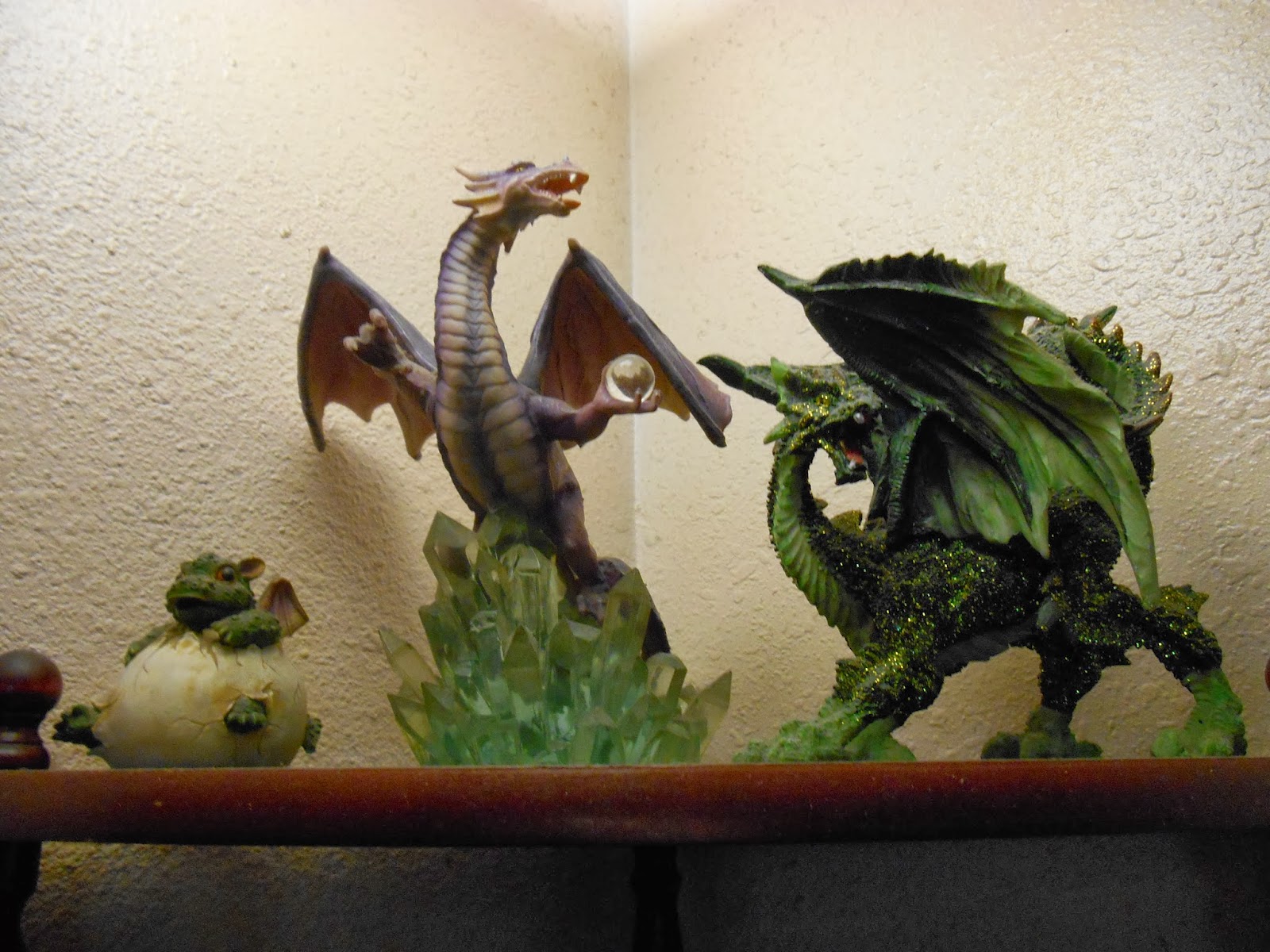 I collect Dragon statues. The little baby dragon hatching from the egg is the first dragon statue that Ken bought me when I was pregnant with out daughter 23 years ago.

When I was pregnant, I was 2 weeks over due and my doctor told Ken and if he drove over speed bumps in parking lots that it might trigger labor. So for a few days ken got me in the car and he would drive over the speed bumps in different parking lots. He had fun..me not so much. He'd drive forward and then backwards. He thought it was hilarious fun.

When my daughter was younger most of the kids in my neighborhood didn't want to come to my door because they were afraid of me. I guess I'm intimidating.

When my husband took time off of his apartment maintenance job because he broke both of his ankles, he was asked to walk the new guy through some of the things he'd be responsible for. We had the new maintenance man over to our house a few times and I even invited him to dinner with us once. A few months later we found out he'd been arrested for killing his room mate, wrapping the guy in plastic and shoving him under his bed...where he stayed for 2 weeks! The maintenance guy even slept in the bed that was on top of the room mate. Talk about being creeped out.

When I was 9 months pregnant my husband started wearing a pager *yes it was that long ago that we didn't have cell phones on us all the time* so I could page him if I went into labor. He got a page from me one day and since he worked at the apartment complex we lived at, he was close. About 2 minutes after I sent the page Ken and his work buddy came running into the apartment calling my name. I had locked myself in the bathroom and wouldn't open the door because a BEE had gotten into the apartment and was buzzing around the living room. I screamed at him to kill the bee and I would come out. He and his work buddy started laughing but killed the bee and when I finally came out of the bathroom he told me only to use the pager for labor emergencies. His work buddy told me he had run all the way across the apartment complex to get home and was still laughing that it was for a bee.