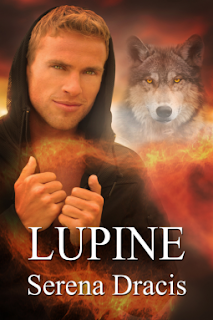 Alisa Nelson's life is simply perfect—fight for the environment and party in Seattle's club scene. Until Geremy St. Audlin, her scrumptious new client rocks her world. Her goal: get the permits finalized for his new wolf preserve, then get him out of her life. Before his piercing amber gaze and searing touch lures her into breaking her cardinal rule—never mix business with pleasure! Geremy is immediately captivated by Alisa's sultry sensuality. He wants the crusading, passionate woman not the frosty attorney. He pulls her into the beautiful but dangerous world of the lupine en-malat. While in the Other, beyond the Veil, his Pack confronts an ancient menace. What should have been a simple case turns deadly, and Alisa is now in a fight for her life. Will Geremy be able to show her that love and tenderness can still prevail in the wild realms of the Other?

Geremy wanted to hire Alisa as his environmental attorney to help him get the necessary permits to allow several wolves he had onto a wolf sanctuary.

This book started out great with them first meeting in a bookstore and the flirting that went back and forth. Then when he shows up in her office to hire her, the sexual tension was high. The looks, his magic and the thoughts floating around in both their heads really made me think this was going to be a fun book. But it kind of got bogged down with the danger she was in from one of his rivals who didn't want the wolf sanctuary to become a thing. She was getting death threats, concerning emails and weird dreams.

When it's clear that she's in real danger, Geremy stays closer to her and even saves her a couple of times but the romance seemed to take a back seat to the danger that was happening. That plus the fact that I was very confused about his 'siblings' who were inside him and how that worked made this hard to fully enjoy.

Geremy is different from other werewolf types that I've read. He has 2 brothers inside him that are also werewolves. I would have liked more information about the magic veil that kept them apart. To me it seemed like it was having a were animal inside you that you could shift into but he had two werewolf brothers. I still don't fully understand it. Were they just animals that he talked to in his head or did they have human form too? I'm not sure because the world building in this book left a lot of things open and made it hard to understand.

At one point Alisa is chased, watches someone get murdered and then when she's saved by Geremy they end up in bed for the first time. I don't know about you but if I'd just been through that, the last thing I would want is to be falling in bed with someone. Then the ending was far from good. While the story pretty much had most of the questions answered there were somethings left unanswered that in my opinion should not have been left open. I wanted to know what Alisa was going to think when she woke up. I wanted to know more about the Lady and did not like at all that Alisa was turned without her permission beforehand. There were too many things about this book that left either questions or just didn't sit right with me in order for me to really enjoy it.