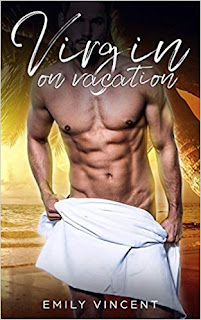 Shelly
He was the sexiest man I’d ever seen. We met by accident. I was in such a hurry, but I wasn’t in such a hurry that I didn’t see how his eyes stared into mine. I lost my breath for just a second. I wondered if I would ever meet a man like that again. It was by chance and chance alone and I had a flight to catch.

Jackson
She had the bluest eyes and I think I got lost in them. Though she was a mess and had dropped her passport, when I handed it to her there was something in the way she looked at me, something in the way she carried herself that told me I would see her again. I am not a man who can be surprised easily but there were many things that would soon change everything.

Shelly saved her money so she could go on a vacation with her friends to Hawaii. Once at the hotel she runs into a man she saw at the airport and finds out he owns the hotel. Jackson asks her out and they spend time together but she doesn't understand why he's bothering with her when he could have any woman he wanted.

Jackson finds Shelly interesting so he upgrades her hotel room and asks her out. He finds her attractive and wants to get to know her better. Shelly feels like she's falling for him and feels depressed in the days before they have to leave. So when she decides not to see him again before they go back home because saying good bye will be too hard for her, she thinks he'll just move on to the next girl. But his feelings for her go deeper than she could ever imagine so what he does next shocks her.

This was a great, quick romance. Both of these characters are really sweet so it was nice seeing them get a happy ending.