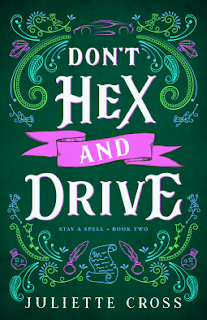 Book Description
Notoriously bad at peopling, Isadora Savoie spends most of her time in the greenhouse or at the local animal shelter, using her Conduit powers of growth and healing. Content to remain in the background of the Savoie sister shenanigans, she’s reluctantly roped into the mystery of missing neighborhood girls. Now, she’s partnered with a flashy, flirty vampire to find them before it’s too late.
Devraj Kumar has seen and done it all. Three hundred years roaming the earth as a Stygorn—a legendary vampire warrior who operates in the shadows—has its perks. But ennui has set in. That is, until he has a run-in—literally—with an intriguing witch while on a new assignment in New Orleans. Fascinated by her resistance to his charms, Devraj can’t help but push her buttons in an effort to get to know the shy witch. Fortunately for him, she’s been recruited by the Lord of Vampires to assist Devraj on the case.
Between a Bollywood marathon, supernatural dating app, secret package, and sexy driving instruction, Isadora is in over her head. And Devraj? After just one taste, he’s playing for keeps.
My Review
Devraj is a special kind of vampire so he gets called in to help on cases involving vampires from time to time. He's in Isadora's town for one such case and because Isadora is a witch she is also pulled in to help.
Isadora and her sisters are witches, each with their own gifts. Isadora is shy and doesn't date much. But she has a huge heart and is a really likable person.
When Isadora is riding her bike back home and gets hit by a car, it's Devraj that hits her and feels really bad about it. He tries to help her since she injured her foot but she isn't having any of it until he calls someone she knows and he tells her that Devraj is a good guy and she can trust him to get her home safely. Not exactly the best first impression he could have made but is sure was an interesting one.
Devraj is a Bollywood dancer/actor as well a special kind of vampire. He's sexy, gorgeous and wealthy. But Isadora also thinks he's full of himself and stuck up because of his fancy suits, expensive car and lavish lifestyle, while she would rather be planting flowers, herbs and tending to her garden. The fact she's immune to his vampire charm makes her even more desirable and interesting to Devraj since he doesn't usually have to work so hard to get a woman to like him.
As these two are thrown together time and time again because of a case involving missing girls, they get to know each other more and they can't deny they are attracted to one another. When they finally do give into their attraction, these two light up the pages. I loved Devraj, he can be fun, loving, and tender but he can be a lethal monster when he has to be. I loved the romance but the missing girls storyline really had me on the edge of my seat as it unfolded. I loved the first book in this series and think that this second book was just as great.
I give this book 5 out of 5 stars.
Disclosure: I was given an ARC of this book via NetGalley but all thoughts and opinions are my own.
Posted by Mary Kirkland at 12:00 AM