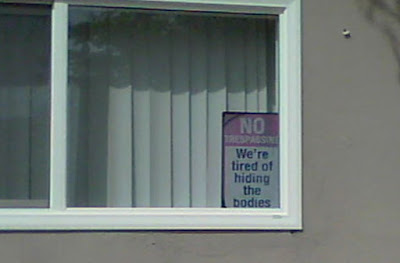 I noticed this sign in a neighbors window. It says, "No trespassing. We're tired of hiding the bodies." 😆
--- 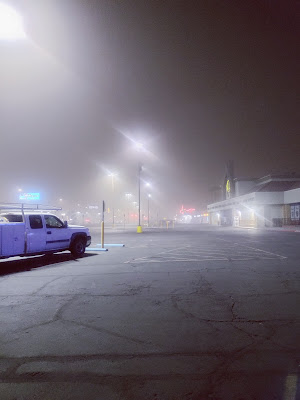 This week a dust storm blew through Las Vegas and one night we couldn't even see past the parking lot next door. It was spooky. 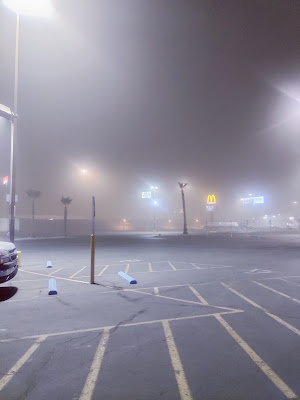 My daughter and I both thought it was fog at first until I looked up the news stations and they said it was a dust storm. There was still some dust and haze in the sky the next day but it mostly cleared up after this.
----

My daughter bought a small security camera for the living room window. It has a pretty good picture and she can take pictures and video from her phone. It also sends her a notification if someone walks by or stops at our door. And it has night vision where the picture is as clear as this one.

The really funny thing is, she nick named it the crackhead cam. 😆😆
---
The high this week was 98F/36C
The low this week was 72F/22C
So that's it for this week's Apartment Hell  Life! Be sure to come back next week for more.
Posted by Mary Kirkland at 12:00 AM