It's A Falcor Photobomb Day 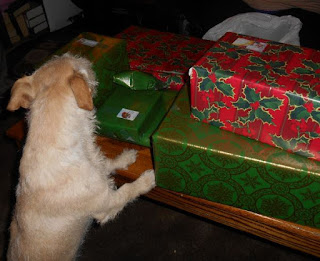 I thought it would be funny to post most or all of the pictures that Falcor photobombed while I was taking a picture. Like the above picture. I was trying to get a picture of the Christmas presents on the table for our grandson and right as I clicked the picture, Falcor decided he needed to be in it too. 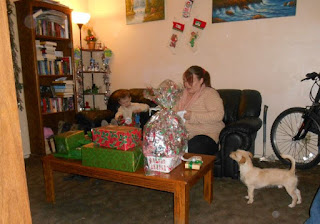 He is watching very closely as the presents are opened. Just in case there's something else for him. 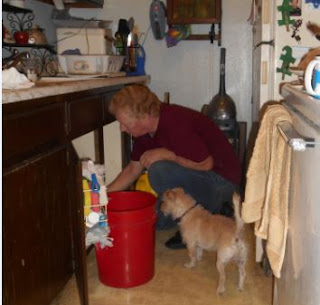 When I went to take a picture of Ken fixing a plumbing problem under the sink, boom! Falcor decided he needed in on that picture too. 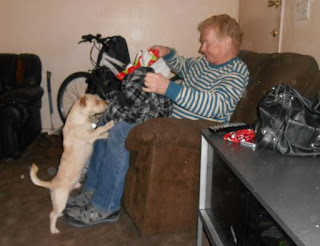 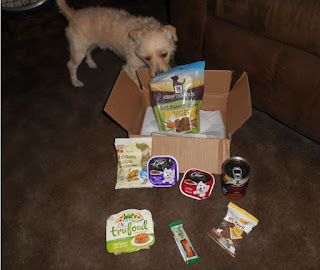 It's like he knew the dog food and dog treats were for him. 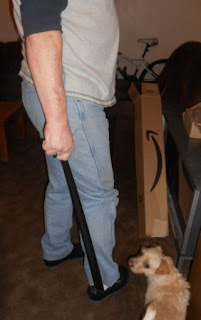 Ken was helping me take a picture of this very long shoe horn I got for free for him and Falcor made sure he was in the picture. lol 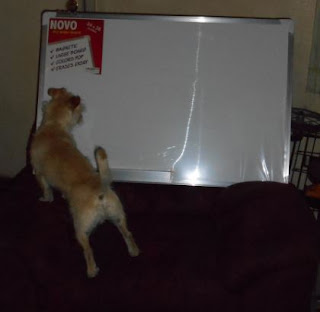 I got this dry erase board for free and I was trying to get a good picture of it...Falcor decided to jump on the chair. 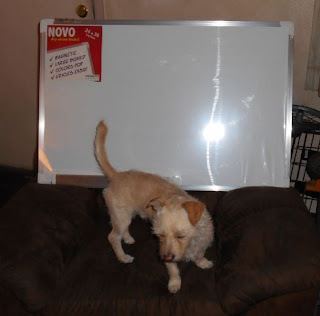 Then he wouldn't get down. Might as well just take the picture, he wasn't moving until I did. 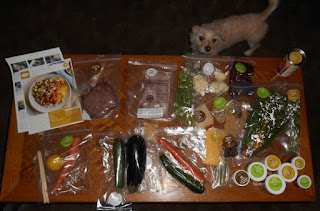 I received a box of food from Green Chef and Falcor was busy sniffing everything while I tried to get a picture. 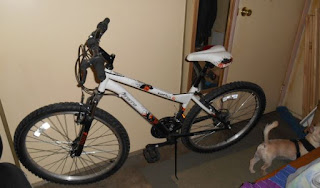 I tried to get a picture of the bike I ordered for Ken for his birthday and Falcor made sure he was in the pictures. Oh yeah, he was there. When I open a box he's so nosy, he wants to see what's in it. 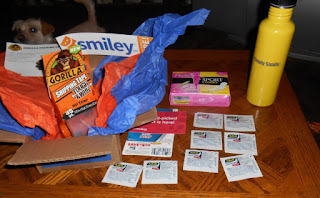 I opened the box and boom! there he is. lol 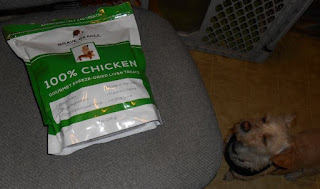 He just waited there until I was done taking pictures and gave him one of the treats. 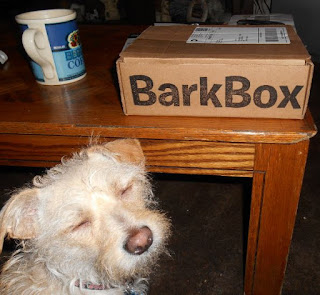