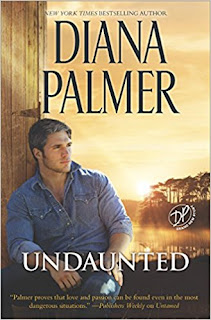 Falling in love with her boss’s handsome millionaire neighbor was easy for young Emma Copeland. Despite the vast differences between them, and a past that’s left Connor Sinclair reclusive and wary, Emma gambles her heart on a desire that rocks them both. But there’s something Connor doesn’t know: Emma is responsible for an accident that changed his life forever.

Connor lives by rules intended to protect both him and his vast wealth. Emma’s innocence is the only thing that’s ever broken through his cold reserve, but now his trust is shattered. By the time he realizes how much he stands to lose, it might take a miracle to win her back. But it’s a challenge he’ll gladly face for the woman and the family he needs more than his next breath…

Emma works as an author assistant and had a bad childhood growing up. She's not used to the rich people that her boss entertains. But one person in particular bothers her more than he should, Connor has never been very nice to her but that doesn't stop her from having feelings for him.

Connor is cold and likes his privacy. He always seemed to be angry at one thing or another but that might just be his way of keeping people at arms length because he didn't want to let anyone close enough to hurt him.

The banter between these two right from the start made me laugh. While Emma was young, naive and emotionally scarred, she still gave as good as she got even if it did upset her afterwards she didn't let him see it for the most part.

Something happens to Connor and his personality changes, the next time he runs into Emma he's different and they start to hang out. This part made me a little mad because nothing good ever comes from lying. She should have just told him the truth right away instead of keeping it from him.

Connor is a hard man to be around but it was nice to see the other side of him as well. Emma and Connor were just right for each other and I really liked how well they got along when he wasn't being a hardass. While I didn't really care for Connor all that much, I loved Emma.

I was a little more than half way through the book and the story took a turn that really pissed me off. I actually had to put the book down for a few days. I've never had that happen before. But like I said earlier, she should have been truthful with him from the beginning because if she had maybe some of what she went through wouldn't have happened. But the stubbornness, one track mindedness and his thoughts about having a family made this story take a very sad turn and I hated it. Thankfully it's a romance and we all know that with romance reads we get an HEA or at least we expect it so I had to read more to see what would happen and I was glad that I did.

I can only hope that Connor feels bad for the rest of his life about what Emma went through and makes sure that she is happy every day because she sure deserves it for putting up with this guy. He might not be your typical hero and he sure does have some flaws, some big flaws in his personality but he knows when he's wrong and makes up for it.