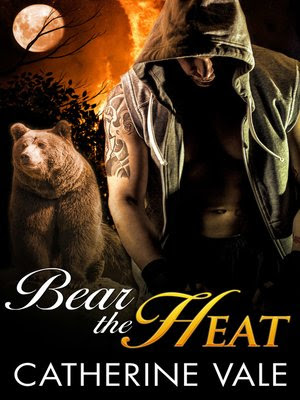 Rescuing Sonya from a fire is only the beginning. It's instant chemistry, a passion that burns as bright as the very fires that threaten to consume them.

They were destined to meet...

Caleb falls hard for the curvy woman despite knowing that he has little to offer her and that just by being with her puts her family in danger. After all, he's considered a traitor, a rogue shifter cast out of his clan. And worse, Sonya's been chosen to be Damien, Caleb's sworn enemy's, life mate.

Sonya knew the day would come when Damien would call to her. Her parents had groomed her since the age of thirteen, teaching her the ways and duties of becoming an alphas wife. She shares a hatred for Damien yet she can't allow her family to be punished, perhaps even murdered, by refusing to obey the alpha's call.

Caleb has only one move left - to challenge Damien as alpha in a fight to the death. If he wins he'll become the new alpha, get the girl and lead his clan to higher ground.

Caleb is a were-bear and for whatever reason when I read that I totally thought care bear. lol Anyway, he's a firefighter and so are the rest of the guys in his company. Caleb and Sonya belonged to a clan but when Damien took over as alpha, he kicked Caleb and others out who wouldn't bend to his will.

Sonya was soon to be mated to Damien and she wasn't looking forward to it since she hated him with everything in her. But there was little she could do about it since he'd go after her family if she refused or tried to run away.

When Sonya's house catches on fire, Caleb is one of the firefighters to respond to the call. When she realizes she lost her house and all her belongings, Caleb offers to let her stay at his place since she is a fellow were-bear.

When Caleb finds out about Sonya's predicament, he makes sure she's safe from Damien and then does the only thing he can to keep her safe forever...he challenges Damien for the role of alpha of the clan.

This was a short, quick read but I really enjoyed Caleb and how he helped Sonya even if it meant putting himself in danger. The twists were crazy good and I never saw them coming. This book surprised me because it was better than I thought it would be.