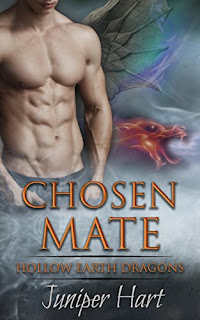 Forbidden love. Dragon royalty. An international conspiracy that threatens to ruin everything.

Keppler Parker was the least princely of the five dragon brothers, preferring the sun on his face to the shadow of the Hollows.

Rather than ruling the world, he was more interested in a life of surfing and running his beachside restaurants and hotels.
Nothing fazed Keppler until the day he saw her, jogging in the park…

Bryn Castillo was on a mission, one which was five millennia in the making. The key to success was remaining hidden from the Parker Princes. It was easy enough to do as long as she stayed on the Sunside of the earth to perform heists as she’d been doing for a decade.

Her plan to avenge her family was progressing perfectly, until she was betrayed by her own team and caught the eye of Keppler Parker.

From that moment on, her world was turned upside down, their love threatened at every turn because someone was a double agent…

If you love dragon shifter romances, bad boys, and alphas who know how to take charge, then you will love Chosen Mate.

Keppler is one of the Princes of the Hollows. The Hollows is where the supernaturals live. He and his brother's are dragon shifters and rule the Hollows. Bryn who is also a dragon shifter thinks that he and his brothers are responsible for her parents deaths. But when she meets him, he figures out that they are mates and decides to help her find out who really murdered her parents.

But when their families find out that they're seeing each other, no one is happy. Her brothers think that Keppler and his brothers are responsible for their parents deaths and Keppler's brothers think they are the enemy who are out for revenge. But all Keppler really wants is to find out who really killed her parents. But if it wasn't Keppler's brother's, then who was it and why? Since it happened so long ago, they end up talking to people who were around back then, trying to piece together who else was around back then and who would have wanted them dead.

When the truth comes out, a lot happens at the same time and the trust Bryn put in him is broken by some misunderstandings.

This was a quick read with a little under 200 pages to it but I really liked Bryn and Keppler. I think they were well suited for one another even if there were a few slip ups on both their parts. Bryn has a tough exterior but she's actually not as tough or as mean as she's made out to be. I'm looking forward to more of this series.