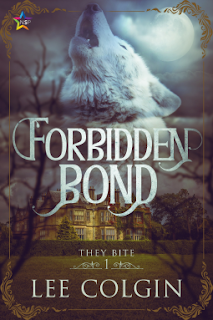 Vampires and werewolves are historical enemies. When the Peace Accord that imposes an uncomfortable armistice between the species is threatened, the entire supernatural community must respond.

Alpha wolf Mitchel Edgehill is furious when the university sends a vampire to be housed among his pack, even if he is cute. But there’s nothing he can do since the paperwork has been signed. They’ll have to find a way to coexist.

As tension rises within supernatural society and violence escalates between vampires and werewolves, an uneasy truce develops between Sinclair and Mitchel. The pair attend a peace conference in hopes of preventing war, but when a rogue group of humans attacks, Sinclair is kidnapped and held for ransom. Can the alpha wolf work with vampires to save Sinclair, or will war break out after all?

Sinclair was admitted into the Borson werewolf university through an exchange program even though he is a vampire. Since vampires and werewolves don't get along...at all this worried his parents quite a lot. Sinclair was a living vampire which is exactly what it sounds like, he was born a vampire but has yet to be turned so he can still be hurt or killed like a human.

Mitchel is the alpha for the werewolves at Borson University. He always has female werewolves flirting with him even though everyone knows he's gay. The females seem to think he should carry on his family name by having babies with them but he's just not interested.

When Sinclair moves into the supernatural dorms with the werewolves, he's met with a lot of snarls, disgusted looks and a lot of unfriendly faces. Even Mitchel initially hates him but after a while Sinclair and Mitchel find themselves sneaking peaks at each other.

They spend some time together and find that they really like each other. When Mitchel's pack finds out that he's dating Sinclair, most of them are ok with it because they have gotten to know him a little more and know he's an ok guy. Things seem to be going well until they both tell their families that they are dating. While Sinclair's family is open to it but scared for his safety, Mitchel's uncle is absolutely against it.

With vampires and werewolves still fighting and supernaturals still being killed during those fights, things are not easy between the different species. With all that going on there's also a vote going on with the supernaturals to figure out whether they should come out to the humans. Of course the werewolves and the vampires don't see eye to eye on that either which is making things more tense for everyone. But when the humans find out about the supernaturals before they can finalize the vote and some of them take Sinclair hostage, both the vampires and werewolves will have to come together in order to get him back.

I really liked this book because vampires and werewolves are my favorite supernaturals when reading paranormal romance. Both Sinclair and Mitchel were great characters. I really loved Mitchel's pack and some of them really stood out as great secondary characters. I would recommend this book to anyone who likes a fun enemies to lovers supernatural romance.