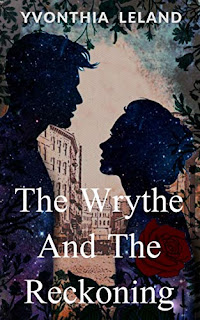 An Epic Romance set in Mid-Nineteenth Century America.
In the mid-1800s, Lina and her family move from their small New Hampshire village to an industrial city in Massachusetts. During this time, it is said that a bizarre, malevolent human-like monster is lurking about in the forests of the New England territory. Lina is an independent thinker, and she’s determined to make something of herself. One day, Lina meets an awkward but caring gentleman, and they develop a unique and valuable friendship. In addition, Lina must face and overcome the difficult challenges of her society in order to live the ideal life that she wants, all while avoiding being murdered by the so-called human-monster.

The story starts out about where and how Lina and her family live and their day to day lives. The story then follows their story when they move, meet new people and have new experiences. When the family moves from the country to the city, they have quite the difference to get used to.

Lina made up her mind at a young age that she doesn't want to marry when she gets older. She would rather get an education and take care of herself, something that most women of that time just didn't think of.

At one point while living in the city they hear about a "monster" who attacked a woman who ended up dying. The paper called the monster, "The Phantom of the Forest". They said he was part human and part animal. At this point in the book, I got more excited because maybe with this monster going around attacking people, things would pick up. Unfortunately, it didn't. I was hoping the monster would be a big part of the story from then on, but we really don't see much of him apart from a couple of times. It was quite the let down and I think it was a missed opportunity to make the story more intriguing.

I really thought this was going to be more of a romance than it was. When the blurb states this will be a "timeless and epic adventure" that's exactly what I expect, not someone's mundane, day to day life story.

I picked this book up when I went looking on Amazon for something different and saw that this one was free. After reading the blurb, I was excited to read this but it started out a little slow for me. I have a habit of finishing a book once I start it even if I'm not enjoying it because I hope that it will pick up or get better which just didn't happen with this book. This is a long book, over 800 pages which took me a couple of days to read but I stuck with it hoping that maybe the ending would be epic or some awesome twist would happen, but it never did. *Update* When I got this book it was over 800 pages long but as of yesterday 1/3/2020 it's over 1200 pages long.

Unfortunately even though the blurb made this sound like it would be some engaging, epic romance with an interesting story...it was just a boring book that seemed to go on forever. Unfortunately I cannot recommend this book.