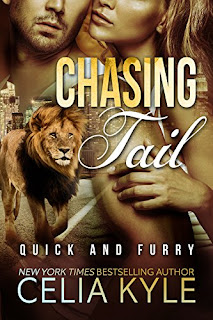 Werelioness Penelope Little has a growling lion pacing the library’s shelves. Not just any lion, either. He’s the most powerful feline in the country. And for some reason, he’s got his sights set on curvy, slightly nerdy, and totally frumpy Penny Not-So-Little.

When he finally calms enough to shift… Well, gorgeous doesn’t begin to describe him. He’s sexy, sinful, and has a smile that nearly brings her to her knees. Even better, he’s all hers. Or is he? When a witch is involved in his sudden appearance, there’s no telling.

Penelope has had a hard life because her parents were disappointed in her so her pride also treated her badly. Penelope was a lion shifter and a librarian so when she spots a huge lion in the library, she doesn't really think much of it since there were a lot of lion shifters in town. But this lion was acting strange and she wasn't sure if he wanted to use her as dinner or claim her as a mate at first.

Marcus is the North American alpha and has come to Penny's town to claim his mate. He followed her scent all the way to town and then the alpha there tells him there's been a mistake, that Penelope isn't really his mate because a witch put a spell on him. The only problem is, the spell wasn't really put on him but put on Penelope to bring her mate to her. Penelope's best friend hired the witch to find her mate since Penelope was so lonely and had been treated badly for far too long.

When Marcus gets the truth out of the witch, all he wants to do is claim his mate. Sparks fly between these two in a good way and so they know they found their mate. The best thing Penelope's friend did for her was hire the witch to find her mate. This novella was a quick read but so full of heartbreak and passion. I loved that Penelope finally found the one person who would make her happy for the rest of her life and could leave the pride that didn't even like her, behind where they belonged.