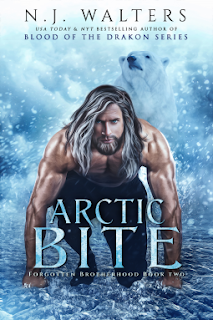 When Alexei Medvedev joined the Forgotten Brotherhood—paranormals hired to assassinate other paranormals—he knew it wouldn’t be a cake walk. But his next target is one of Death’s own Reapers gone rogue. For the first time since he started this gig, “damn hard to kill” feels more like “damn near impossible.”

Tracking Cassie Dobbs brings him to a remote bar in small-town Alaska, where this hot-as-hell Reaper is casually serving drinks, as if she doesn’t have a bounty on her head from Death himself. Alexei is dangerously intrigued. Everyone in the Brotherhood knows the first rule: don’t fall for your target.

But Alexei soon has bigger problems to face than an unexpected attraction. They only send assassins after those who deserve to die…or so he’s been made to believe. Now that he’s met Cassie, though, he’s not so sure.

What if everything he’s been told is a lie, and the person he’s been sent to kill is the only one who knows the truth?

This is the second book in the Forgotten Brotherhood series.

Alexei is an immortal and is sent to find Cassie who is his next target. He's an assassin for the Forgotten Brotherhood who is sent to kill immortals and he's only sent after those who deserve to die, or at least that's what he used to believe before meeting Cassie.

Cassie is in a bar as the bartender, hiding from her past when Alexei walks in and she realizes she's in trouble in more ways than one. Cassie is an ex reaper and her family didn't like the fact that she had left.

The contract out on her life wasn't exactly what it looked like since she couldn't be killed by normal ways. It was just a way for her family to find her and bring her back. But Alexei stops a vampire from trying to hurt her and let's her know that she's safe with him.

Alexei and Cassie are so good together and when they finally give into their feelings, it was so hot! Alexei might be a hired assassin but he's got a softer side with Cassie and I loved how much he cared for her. She's a kick ass heroine in her own right and even she didn't realize how tough she was at first which I loved.

But she's on the run from her family, who will stop at nothing to bring her back. While he goes on the run with her to keep her safe, a few twists are thrown in their way. But he's been keeping a secret from her and it scares him when it comes out. So much so that he was prepared to leave her so she would be safe from him. It was a great secret, a great twist and a great story.

Disclosure: I was given an ARC of this book via NetGally but all thoughts and opinions are my own.
Posted by Mary Kirkland at 12:00 AM