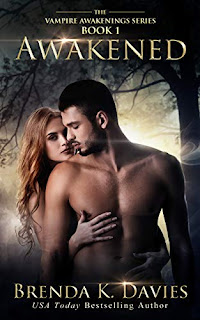 Traumatized by her past, Sera spent the last three years at college hiding from the world.
She’s content to stay locked away until a chance encounter with Liam changes her life. Though she’s frightened by the powerful emotions he awakens in her, Sera finds herself opening up to him more every day.

Harboring a dark and deadly secret, Liam knows he should stay away from Sera.
His world is dangerous for her, but he can’t deny the irresistible draw he feels. However, when Sera’s past comes crashing into the present, Liam is forced to expose his secret to save her.

Is their growing love strong enough to survive the savagery of Liam’s world, or will they be torn apart forever?

Download the first book in this USA Today bestselling series and see where the legacy began.
***Due to sexual content, violence, and language, this book is recommended for readers 18+ years of age.***

Sera spends her time at college with her nose in books and studying. Her roommate is bubbly, outgoing and makes her come out to a party with her where she spots Liam.

When Liam spots Sera at a party, his friend Mike tells him not to ever try with her because she doesn't date and is very standoffish. But he's intrigued by her so he goes to talk with her.

Sera never dates and is very shy and standoffish with the guys at school but she has a different reaction to Liam when he comes to talk to her. There's something about him that makes her feel sorta safe around him. It was easy for Liam and his friend, Mike to see that something must have happened to Sera in her past to make her so afraid and skittish around the opposite sex so Liam takes things really slow with her. But another girl who he had a one night stand with before he met Sera makes things hard for them and tries to break them up.

When the old boyfriend from her past shows up and hurts her, it's Liam that saves her. There's more to Liam and his friends than I first thought and when he tries to tell her his secret, it doesn't go over very well at first. Of course there has to be an element of danger and we get that when Liam's maker comes back to cause trouble for him and his friends.

I really liked this take on a vampire tale. I liked Liam and his friends. Sera was at first a shy, skittish thing that just needed time to get over what happened to her before she came out as strong female character. Liam and Sera fall hard for each other is a relatively short amount of time but I really liked watching these two get to know each other. This was a fun read.