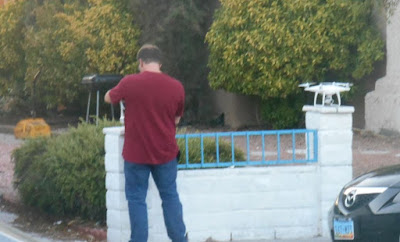 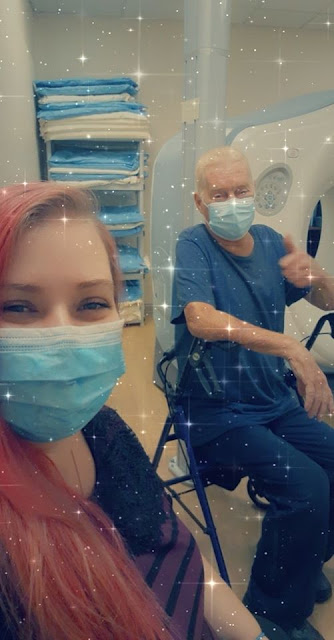 Here's Ken and our daughter waiting at the radiologists office for him to get his treatment.
So that's it for this week's Apartment Hell  Life! Be sure to come back next week for more.
Posted by Mary Kirkland at 12:00 AM