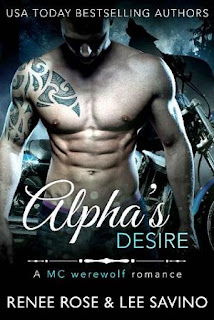 Book Description
She’s the one girl this player can’t have. A human.
I’m dying to claim the redhead who lights up the club every Saturday night.
I want to pull her into the storeroom and make her scream, but it wouldn’t be right.
She’s too pure. Too fresh. Too passionate.
Too human.
When she learns my secret, my alpha orders me to wipe her memories.
But I won’t do it.
Still, I’m not mate material–I can’t mark her and bring her into the pack.
What in the hell am I going to do with her?
My Review
Jared is a bouncer at a club called Eclipse and has the hots for Angelina who is a dancer there. He wants her but can't have her because she's human and if she ever found out that he's a shifter, he'd have to have her mind wiped of the events which could be dangerous.
He and Angelina are having a little fun and he's keeping things low key and just fun until they have car accident and she sees him do things that he shouldn't be able to do. When he tells his alpha that she saw too much he already knows that he's going to be told to take her to a vampire and have her mind wiped of what she saw. But when the times comes, he can't go through with it and so now he either has to mate her or take her back to the vampire to finish the job.
Jared's alpha gives him a few days to make up his mind but that means that Jared has to stick with Angelina all the time so she can't tell anyone about shifters and that gives them a lot of time together. I actually really like both Angelina and Jared and think they are fun together. Their romance was fun but there was one thing that I didn't care for because during some of the more explicit sex scenes and light spanking scenes Jared wants Angelina to call him, "daddy" and that was a big nope for me.
But I did like this story even though I hadn't read any of the other books in this series and I thought that it could be read as a stand alone book just fine.
I give this book 3 out of 5 stars.
Posted by Mary Kirkland at 12:00 AM