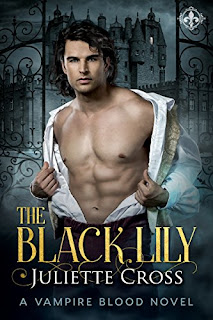 Book Description
With the threat of the vampire monarchy becoming stronger every day, the Black Lily must take drastic measures. As the leader of the underground resistance, Arabelle concocts the perfect idea to gain the attention of the Glass Tower. Her plan? Attend the vampire prince’s blood ball and kill him. Fortunately for Prince Marius, her assassination goes awry, and Arabelle flees, leaving behind only her dagger.
Marius is desperate to find the woman whose kiss turned into attempted murder, hunting for the mysterious assassin he can’t push out of his mind. But what he uncovers could change the course of his life forever...
My Review
Arabelle was tired of waiting along with the other humans where she lived, to be called to the Glass Tower to be a bleeder to the vampires that ruled them. So she comes up with a plan to kill the Prince. Only problem is, things don't go the way she was hoping and now she's on the run.
Prince Marius is surprised that a human girl tries to kill him but is even more surprised by how kissing her made him feel. Now he wants only to find her but will he kill her when he finds her?
Arabelle didn't realize it but Prince Marius wasn't one of those throat ripping, rabid vampires leaving dead bodies in the fields. While some vampires were leaving dead humans with their blood drained, in fields and other places to be found, Marius did not condone this at all. Arabelle thought all vampires were the same and if the prince was dead then maybe things would get better. But Prince Marius knew something was wrong when some of the servants start acting terrified of him so he is hoping to get some answers at the Ball.
The Ball doesn't go as planned for Marius or Arabelle and after attempting to kill him, she's now on the run but you can't run from vampires. It's a good thing that Marius isn't as bad as she thinks he is because she never would have had the chance to get close to him not once but three times and escape all three times. Of course Marius might be feeling more than anger as he starts to get to know her and understand why she did what she did.
Things aren't as Marius always thought they were and now that his eyes are opened to see that things for the humans really aren't as good as he had thought, he can never go back living the way his royal parents want him to. When Marius starts to discover what's really going on at the palace, he may never be the same again. This story had so many twists that I never saw coming but made the story so fun to read.
I give this book 5 out of 5 stars.
Posted by Mary Kirkland at 12:00 AM