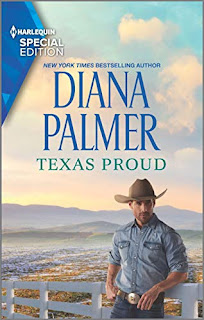 Book Description
A powerful businessman seeks refuge
…but his secrets never stay hidden.
Before he testifies in an important case, businessman Michael “Mikey” Fiore hides out in Jacobsville, Texas. On a rare night out, he crosses paths with softly beautiful Bernadette, who seems burdened with her own secrets. He hears whispers about a life-threatening condition, her solitary existence. This doesn’t stop him from wanting her, which endangers them both. Their bond grows into passion…until shocking truths surface.
My Review
Mikey is a mob boss and he's in hiding until he can testify in a case for another mob boss. But there's another mob boss that wants to take over in both their cases and take them out so Mikey could be in danger if this guy finds out where he is before he testifies.
Bernadette works as a paralegal but she has Rheumatoid Arthritis and is in pain a lot so while she is walking home and accidentally trips and falls in the street in front of Mikeys limo, he thinks she did it on purpose at first. He soon learns that she really is in pain and takes her home to the boarding house and rents himself a room there as well.
So when Mikey starts to see how nice Bernadette is, he takes a liking to her because she's not like the women who come after him for his money. She's not a gold digger and people genuinely like her because of how nice she is.
With the mob after him, a jealous woman who sees dollar signs trying to break them apart and each of them not knowing the other well enough to talk things out when their relationship hits a snag, there was plenty of drama.
I've always liked this series because the town is full of retired military men who can still kick some serious butt. So when someone comes to town needing help, there's always someone around to lend a helping hand or a beat down. I like the people and the small town atmosphere this series has. This was another fun book and I look forward to reading more from this series.
I give this book 5 out of 5 stars.
Posted by Mary Kirkland at 12:00 AM