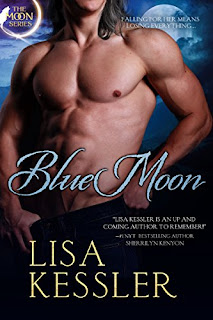 Book Description
She's his muse, his mate, and she's completely off-limits.
He's a jerk, a recluse, and her newest assignment.
Until he broke her heart, Vivianna Lopez loved Logan Reynolds.
Five years later, she's an aspiring music journalist and he's the camera-shy lead singer of Logan and the Howlers.
Armed with a backstage pass, Vivi's back in her hometown of Reno, nestled in the shadows of the Sierra Nevada mountains. She must score an interview with Logan to land her dream job - otherwise it's back to Boston, with no scoop and no job. It's just business-at least that's what she keeps telling herself.
Logan still loves Vivi, his soul mate, but there's something even she doesn't know about him: He turns into a werewolf every full moon and a secret organization is hunting down his Pack.
Vivi may not have Logan's senses, but she can sniff out that he's hiding something. He knows it's only a matter of time before the truth about him - and his Pack - is revealed.
And then he really will lose her.
My Review
Vivi was still in love with Logan even though he hurt her feelings 5 years before when he left her. Logan was still in love with Vivi but he thought she would be better off without him because he is a wolf shifter. Vivi has no idea why he decided to leave but she needs to get an interview with him now since he's a famous rocker and his band is really popular. Vivi is a journalist and wants to make a name for herself with a popular magazine and getting this interview could do that for her.
Once they see each other, the old feelings pop back up but Vivi also hates him for how he left things and how he makes her feel. So she goes looking into another story that could potentially be dangerous. A scoop on a story about a government contractor and top secret defense contracts. But Damien Severino is where her story leads her and he wants the world to know that shifters exist.
Because of Damian, Vivi and Logan finds themselves in danger more than once. But Vivi is determined to help Logan who she now knows is a wolf shifter. The wolves don't want the world to know that shifters exist. They've done everything in their power to make sure they stay a secret.
The romance between these two is so sweet because they never stopped caring about each other. Vivi is a strong woman and I liked that she didn't let him get away with leaving her and hurting her. She made sure he knew that he made the wrong choice and that she wasn't going to trust him right away again. But I think she understood more when she found out what he was and why he thought he had to leave her, it just kind of made more sense to her.
I loved Logan's pack and thought the characters were great. I love this series even though it's taken me a while to get back to it.
I give this book 5 out of 5 stars.
Posted by Mary Kirkland at 12:00 AM