Review: A Bridge To Love by Lee Colgin 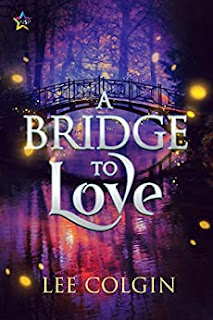 Book Description
Everyone knows a proper troll must never leave his post. Arlo is thrilled to have his own bridge to guard, though it’s a lonely job. A troll should enjoy being alone, but Arlo has never been very good at being a troll. He longs for companionship, but guards that secret like he guards his bridge.
Toby, a cheerful wolf shifter, serves as a messenger between villages. When his route is suddenly blocked by a fearsome troll, he must charm his way across the bridge. Little does he know, he’s charming his way into Arlo’s heart as well. But Toby has his own secrets he dare not reveal.
As the season’s fly by and the holidays approach, their friendship blooms and begins to flourish into something more. But can Toby risk his heart for a troll bound so tight to duty? Will Arlo leave his bridge for love?
A Bridge to Love is an MM Fantasy Romance featuring an adorable gay troll and the sweet wolf shifter who falls for him. Tropes include friends to lovers, slow burn, and hurt/comfort. Sappily ever after guaranteed!
My Review
Arlo and Tobias met when Tobias was walking to his family's home and had to cross a bridge. Arlo was the troll and guarded the bridge and expected a tribute of some kind in order to pass over the bridge but the first time they met, Tobias had nothing to give the troll. Arlo let Tobias pass the first time for free but that night on the way back, Tobias brought a plate of cookies for the big troll. Tobias invited himself to eat a cookie with Arlo and they sat and talked and slowly became friends.
Over the next year when Todias would pass over the bridge, he and Arlo would sometimes sit and talk. It was different watching a budding romance unfold between a wolf shifter and a troll but these two were so cute together. This was such a feel-good, sweet, romance that all I could do was smile while I was reading it.
I give this book 4 out of 5 stars.
Posted by Mary Kirkland at 12:00 AM