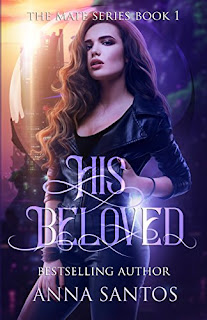 Book Description
It was just a silly reality show...
Until he chose her.
Absurdly rich and gorgeous Daniel Wolfe is used to get what he wants. And he wants Jade. The powerful vampire male picks her from the crowd of screaming females willing to do anything to please him. He's convinced that she's the One, His Beloved. But he wasn't prepared for a feisty girl who loathes vampires and doesn't want to be his for all Eternity.
Jade will sacrifice anything—even her freedom—to protect her orphaned little brother. But when she's forced to join a reality show that may keep her away from him, she has to survive hell and temptation to get the money she needs to pay for her brother's treatment.
In a world that reveres vampires and reality shows rule the entertainment channels, Jade needs to endure Daniel's seductive games for a week before she can be released from her contract and go back to take care of her brother.
However, not everything is what it seems and despite her secret past and her hate for vampires, Jade may be facing a worse danger than being bitten: falling in love.
Content Warning: Explicit love scenes, naughty language, and an extremely sexy vampire. Intended for mature audiences.
My Review
Jade is talked into going to a reality show by her friend Jenna who is a bit of a ditz. The reality show is for vampires to pick humans that they will spend a week with and become the vampires pet. Jade doesn't even like vampires but her friend is really hoping to get picked so she goes there to give her friend support. Jade has a sick brother named Stevie who she takes care of ever since their parents died.
Daniel is the head vampire in charge of the vampire reality show. He spots Jade before the contestants are chosen and she has no idea who he is. It's pretty obvious that Jade doesn't even like vampires but that doesn't stop Daniel from picking her and since she signed a contract to get inside, she can't say no without having to pay a bunch of money.
Daniel believes that Jade is his beloved, his mate but she is so stubborn and scared of vampires that she won't believe anything he says to her but she doesn't mind when he kisses her even though she kept telling him to leave her alone or not touch her. He really doesn't take no for an answer which kinda irritated me. He could have won her over without being so pushy. But there's a reason that Jade is scared of and doesn't trust vampires and Daniel doesn't find out about what happened until later.
Even though Daniel is pushy at first, he ends up being a nice guy and Jade does finally realize that he's not like the other vampire she knew and starts to trust him a little more. It doesn't hurt that Jade is really attracted to him either. But there are two other girls on the reality show that Jade has to go against in order to win the game and be picked to be with Daniel. One of those girls ends up being Jenna, her best friend. The other is one of Daniel's ex's an she's not happy that Jade seems to be his favorite. There's a little drama that you would expect from a reality tv show but Daniel already knows who he wants to end up with.
Towards the end of the book, danger seems to pop up out of nowhere and Jade finds herself facing some troubling realities and family secrets. We find out that there's a whole lot more to Jenna than the ditzy persona that she shows to everyone and we get a sneak peek of what the next book might be about. I'm looking forward to seeing how Jenna will react when her mate comes sniffing around her.
I give this book 3 out of 5 stars.
Amazon
Posted by Mary Kirkland at 12:00 AM