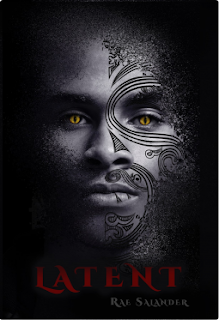 Book Description
The perfect daughter, the perfect partner, and the perfect medic-that’s me, or at least that’s what I have been working on for most of my life. So, what if I find my papa has a condition that has no discovered cure? I can work harder to make him proud while he still remembers me. So, what if I secretly don’t think I am good enough for Nathan? I can try harder. So, what if I have discovered I don’t have the people skills to be a medic? I can plan to go into research.
See, I am adaptable. After all, it has only been about two hundred years since the world went to hell. With the natural disasters and then the pandemic. With extra-terrestrials swooping to the rescue. At a price, of course. Nothing comes for free. The new world order is a human-eat-human one. And the hand I have been dealt is a pretty darned good one. Even Freya, my roomie, and best bud have learned to put up with my borderline OCD tendencies. Yes, life is good. And then they take it all away. Every little bit, I have built up. Every shred of what I believe makes me. But they will pay. If I ever make it out of this alive.
My Review
Arwen has her life planned out for herself. She is going to partner with Nathan, finish her schooling and become a medic. But everything changes when she meets Makhye (Mak).
Mak is a hybrid alien who has come to Earth for a reason but he and his brother don't want anyone to know they are there so they disguise themselves. Mak and Arwen become friends but he feels more for her and wants a relationship with her.
Things seem to be going well for Arwen and she's about to be partnered with her long time friend, Nathan. But when she meets Mak, she finds she likes to spend time with him and they get along together and like some of the same things. But Mak isn't very truthful with her and doesn't tell her what planet he's from or that he's been disguising what he actually looks like. He tells her that he has feelings for her and wants her to come back to his planet with him but she isn't willing to give up her life for an alien she just met when she has her life planned out. He doesn't know how to take no for an answer and ends up pretty much stalking her day after day, wanting to talk to her and try and talk her into coming with him. She tells him no on more than one occasion but he won't take no for an answer. No means no in my mind so this was already going badly for me.
The last time he confronts her, he's attacked by other aliens but Arwen calls for help and hopes that he'll be ok. Mak has 8 brothers and they are out for blood because they are convinced that Arwen had something to do with the attack on Mak. So she is kidnapped so she can confess. But things go very wrong when one of Mak's other brothers, F'Xan loses his mind and attacks Arwen. He bites her during the attack and they don't think she'll survive because their venom usually kills those that they bite. But she lives and so they continue to interrogate her and on more than one occasion she is tortured. This story made me cringe so many times. First she's attacked and raped, then tortured, pretty much starved and tortured some more. It's only when Mak wakes up after he partially recovers from his attack that the entire truth comes to light. He and a couple of his brothers or pod mates feel awful for what they put Arwen through but somethings that even they didn't realize cold happen come to light and they realize that they want her in a romantic way. I don't know how she would or could ever trust any of them again after what she went through though. I'm not going to say how this ends because I seriously had to set aside any base in reality to even keep reading this. Frankly, my ending of her picking up a blaster and melting them all into a puddle of goo would have been better but at any rate I think you can tell that I was not pleased at all with this story. I liked Arwen, she's a fighter and some of the other characters are great. This story could have been really good without all the violence.
This is a dark romance. TW for rape, torture and kidnapping.
I give this book 2 out of 5 stars.
Disclaimer: I was given an e-ARC of this book via NetGalley but all thoughts and opinions are my own.
Amazon
Posted by Mary Kirkland at 12:00 AM