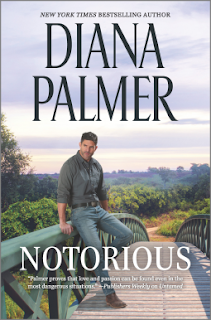 Book Description
Trusting him is dangerous.
But resisting him is almost impossible.
New York Times bestselling author Diana Palmer’s Long, Tall Texans series returns with secrets…and dangerous seduction.
Gaby Dupont knows some men shouldn’t be trusted. Ever. Especially not high-profile lawyer Nicholas Chandler. How can she trust the man who might be helping her greedy relatives steal her family fortune? To get the inside scoop on Nicholas’s dealings—and protect herself and her beloved grandmère—Gaby must take a job with the devil himself. Of course, she can’t tell him who she really is…
Nicholas Chandler knows there’s more to Gaby Dupont than delicate beauty. She’s sweet and clever—but just too young and secretive. Yet even as they clash, Gaby gets under his skin as no other woman ever has. When Gaby comes under fire, Nicholas risks his career and reputation to keep her safe. But can he protect Gaby without losing his heart?
My Review
Gaby had something bad happen to her when she was younger and she and her grandmother are scared that Nick might take the case and defend the guy who is responsible. She goes to his apartment to make a plea to him not to defend the guy but when an opportunity arises to take a job for him instead, she takes it hoping to get to know him better and then ask him not to take the case.
Nick is a high powered, successful attorney. But he's got a lot going on at home and at work. His teenage niece is a handful and he has some crazy court cases that are stressing him out. So when Gaby is knocking on his door, he thinks she's from the temp agency to catalog his bookshelves that his niece knocked over in a rage.
Nick really had his hands full with his niece, Jackie. Her mother, his sister isn't much of a mother and is more concerned with her new boyfriend than her daughter which really messes with the teenagers head and makes her hard to live with. She and Gaby butt heads right from the very beginning but Gaby is really good at finding out what is really bothering a person which makes it easier for her to talk to them and that's what she did with Jackie. After a while, Gaby was able to break through to her and show her that someone really cared about her. Which wasn't easy because she gets herself in over her head with an older boy who is really bad news and makes things dangerous for Gaby as well as Jackie.
Because Gaby is scared of men and hasn't ever had a boyfriend, she's a little leery of Nick at first but he's a good guy even if he has a little bit of a temper. Nick is also the way he is because of a heartbreaking secret in his past. It broke my heart when his secret was revealed but it truly brought Nick and Gaby closer when they were able to talk about the bad things in their past. There's only one problem, Nick has no idea that Gaby is a very wealthy woman or what she is really doing there.
There's a bit of a disagreement when Nick realizes who Gaby is and why she was really at his door that first day but losing her only showed them both that they cared much more about each other than they knew.
I liked the whole mob connection that got thrown in the mix and the conclusion to Nick's case that was causing him a lot of stress. This story came together just the way I knew a Diana Palmer story would.
I give this book 5 out of 5 stars.
I received an e-ARC of this book in exchange for my honest review but all thoughts and opinions are my own.
Posted by Mary Kirkland at 12:00 AM