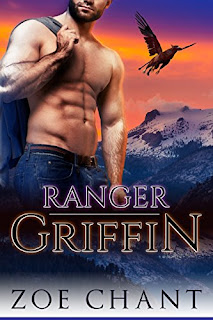 Book Description
A lonely reporter in deadly danger + a protective griffin shifter who thinks he's a monster + a cozy cabin in a snowy forest = one exciting and heartwarming romance!
Curvy Emily Green grew up on stories of magical forests, enchanted beasts, and happily ever after... but then she learned that life isn't a fairytale. Now a determined investigative reporter, she's not the type to sit around waiting for Prince Charming to rescue her. But when her pursuit of a story brings her face to face with a terrifying enemy, even an independent woman like Emily needs help from a hero...
Park ranger Gabriel Allen thinks he's a monster. A griffin shifter who has never known any other shifters, he's spent his life isolated and alone to hide his secret. But when he rescues Emily from deadly peril, he realizes that there are worse monsters out there... and that he'll do anything to protect this brave, beautiful woman from them.
Can two lonely people break the walls they've built around their hearts and find their happily ever after? And can they discover the truth about Gabriel's past and Emily's enemies in time to save each other from the danger closing in on them?
Ranger Griffin is a sizzling hot, standalone griffin shifter romance. No cliffhangers!
My Review
Emily is a reporter and she is sent to interview people who have said they saw a large flying animal. Some people think it's a flying dinosaur like a pterodactyl but she has no idea what it really might be. She's always fantasized about finding her prince charming in the forest where they can both live since she loves it there but she's not holding out hope that she's going to actually find anyone who will love her. When the snow starts coming down harder while she's driving and then her car is attacked by a large flying animal, she goes over a cliff but she's able to climb down a tree to safety and start walking, hoping someone will find her.
Park Ranger Gabriel is flying around making sure no one needs help. He's a Griffin shifter and a loner since he doesn't know any other shifters. He was found as a baby and spent his life being tossed from one foster home to another. He spots the car that went over the cliff and goes to investigate and then follows her tracks until he gets to her. He shifts back to his human form before getting to her and then carries her back to his cabin since she's not dressed for the snow and doesn't want her to get frost bite. His Griffin shouts at him in his mind that she's his mate and he didn't even know that he could have a mate out there somewhere.
But there's another shifter out there that puts both of them in danger. So while they're trying to wait out the snow storm and get to know each other, they also face the danger of the shifter that's after them. Emily ends up being exactly what he needs when he needs it and she shows him that she can be as fierce as he can, just in her own way. But this has such a sweet conclusion that I'm really glad I picked this one up.
I give this 5 out of 5 stars.
Amazon
Posted by Mary Kirkland at 12:00 AM