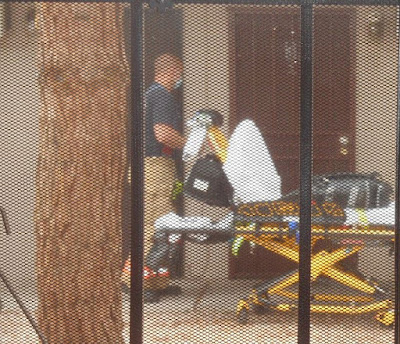 I saw an ambulance come for one of my neighbors across from me. She has congestive heart failure and was feeling bad and just wanted the paramedics to come and evaluate her. She didn't end up going to the hospital that day, even though they were trying to talk her into going.
--- 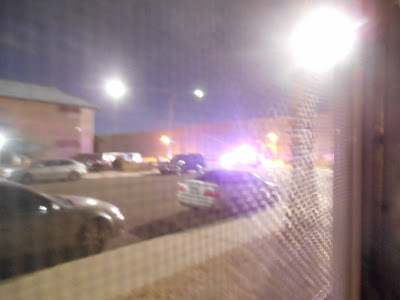 Police were blocking off my street on Friday at almost 9PM. I only saw one cop car when I took the dog out so I thought it was kinda safe to go out since there weren't that many police outside. But after I got out there more cops showed up and as I'm walking back to my apartment one of the cops comes across the street and chased me back inside because they said there was an active shooter in the area. The police helicopter was flying circles over my apartment building for a while and I got a very short video since the pictures wouldn't come out very well.
A few minutes after I took this, I watched 6 police cars speed down my street lights and sirens going and the police helicopter went about a block away and started circling overhead there as well.
My daughter sent me this video when she was walking home from work that night about an hour after the police left my street. They were 1 street over from me and had most of the street blocked off.  I am guessing that they caught whoever they were looking for.
The high this week was 80F/26C
The Low this week was 58F/14C
So that's it for this week's Apartment Hell  Life! Be sure to come back next week for more.
Posted by Mary Kirkland at 12:00 AM