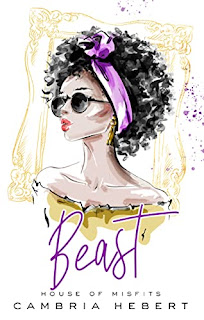 Book Description
A tale as old as time…
A charismatic man could not see beyond his own brilliant reflection, never learning that true beauty lies within. His selfish behavior drew the ire of a witch with enchantment on her wicked tongue. A fiery curse was unleashed, engulfing the self-centered man’s entire existence.
When at last the flames extinguished, he gazed upon his reflection to discover he was no longer breathtakingly handsome, but condemned with scorched flesh and twisted scars.
He was no longer a man at all, but a beast.
While the ferocious beast raged, alienating everyone far and wide a woman whose beauty was far more than skin deep lived in a world much simpler than his.
Her quiet life is disrupted when she’s ambushed, threatened and boldly steps in the path of her father’s debt. However, it’s not the thugs on her tail or the roaring beast testing her patience that threatens to be this sassy beauty’s downfall.
It’s the way her heart flutters whenever he is near, but some curses just can’t be broken and really, how could she truly ever love a beast?
My Review
Ander is a rich guy who gets in trouble a lot but his father always pays off whoever he gets in trouble with so he never has any real consequences. Until he meets a witch at a bar and she puts a curse on him. Later he's in a fire and terribly hurt but it's his horrible temper that's the last straw for his father who cuts him off.
Em is a nurse at a rehab facility that Ander is brought to when he's kicked out of the hospital because of his bad temper. There he meets Em and she's seems to be the only one who's not afraid of him and can see the real person he is under the burns and anger at his situation. I really liked how Em was able to get him to calm down while she was taking care of him.
When Ander's father takes over all of his bank accounts and cuts him off from any family money, he has to rely on the people at the rehab center for everything but it's Em that shows him the most compassion for the situation he's in. Ander is known as The Beast because of his temper and the terrible burns he's suffered in the fire.
Em and her father have problems of their own because her father has a gambling problem, so in comes the bad guy's henchmen to try and make them pay the money back. Em is working two jobs to try and raise the money but it's not enough and then there's a fire at the place she works. All kinds of drama ensues from there. There's a great twist that I kinda saw coming but I didn't know the extent of what was going to happen.
This is the 4th book in this series but the first book that I've read and I liked this so much I know I'll be going back to read the other books.
I give this book 5 out of 5 stars.
Amazon
Posted by Mary Kirkland at 12:00 AM