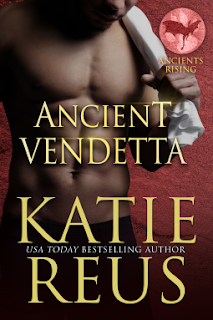 Book Description
His responsibility is to his pack, his people—the territory of New Orleans.
When the world devolved into chaos and fire, Alpha wolf King kept his territory from collapsing. Now, every day it seems there’s a new challenge—rogue witches, treacherous vampires, evil dragons. But his biggest threat is Aurora. Unique, magical, a female who sees him, the male, and not simply the Alpha in charge. But she’s thrown up so many walls that he’s afraid he’ll never be able to break through to the woman behind them. When the most dangerous threat they’ve ever faced ravages the city he’ll need her at his side—to defeat it, and then claim the woman who already owns him, body and soul.
But she makes him want more.
After being held captive for a year, Aurora has embraced her freedom. For the first time in her life she’s living away from her older sister in a new territory. A new world. She’s made friends and is helping New Orleans get back on its feet. But she’s far from the woman she used to be. Even so, she can’t fight her ever present and growing attraction to King. Except she’s afraid she’s broken, that she’ll never be able to have a normal relationship again—that she can’t handle being an Alpha’s mate. When an evil linked to his past threatens to tear them apart and destroy the city, she must set her fears aside and find the courage to follow her heart—and the wolf who’s already won it.
Author note: Though part of a series, this book may be read as a stand-alone, complete with HEA.
My Review
King and Aurora have been dancing around their attraction for a while now and after the last book I figured they would end up together at some point. King has been giving Aurora time to adjust to being back and getting acclimated again after she had been kidnapped and held hostage for a year by a crazy dragon shifter. She's not sure she's ready for a relationship but the attraction she feels towards King is real and she's pretty sure he feels something for her too but neither of them are willing to make the first move.
King is a wolf shifter and Aurora is a phoenix shifter but King is the alpha of the territory she lives in. She helps him out when he needs it and has a lot of friends who she's close with. They are living in a broken world right now because some shifters went nuts and destroyed a lot that had been built and now shifters are in charge and trying to keep things safe for everyone including the humans.
When someone from King's past that he thought was dead makes an appearance, he has to join forces with a lot of different species but he has a lot of friends. What he wasn't expecting is for the Fae to come and ask for his help which opens up all kinds of secrets that he'll have to deal with.
There's a big battle, secrets are revealed, some truths come to light and we see what a deep love can overcome. This was truly a great addition to this series.
I give this book 5 out of 5 stars.
Disclosure: I was given an e-ARC of this book via NetGalley but all thoughts and opinions are my own.
Amazon
Posted by Mary Kirkland at 12:00 AM