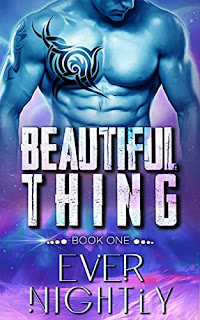 Book Description
Just out of college, I'm recruited for a top-secret linguistics job. Easy, right? Translate for a few foreign prisoners and I'm home free. But when I arrive at Area 51, I'm swept into a world of secrets and lies. And the prisoner? Yeah, he's not even human. His name is Specimen-One and he's the most beautiful thing I've ever seen. But he's an alien, so not exactly boyfriend material. I'm not sure he agrees, though. He wants something, and I have a sinking feeling that something is me...
My Review
Ava is recruited for a secret, mysterious job that she isn't told much about. Only that the job will take about six weeks and will pay her a really good amount of money. So she and another woman are taken to Area 51 where they find out that they will be working with what the others are calling Specimen One. She finds out that three years ago an alien space craft crashed on Earth and they have held one of the aliens at their underground facility all that time.
Ava finds out that S1 as they like to call him, has an unusual effect on some women and they aren't sure why. it might be his alien pheromones that attract the women and make them go crazy if they can't be around him. Ava turns out not to be effected as much by him in that way and an be around him without going crazy.
S1 hasn't shown any interest in any of the women or any of the researchers as they have tried to talk with him as well as tortured him by doing medical experiments on him. But when he spots Ava, his interest is peaked and he speaks with her but at first only she can hear him. S1 was a great alien and I really liked how these two got along when they are thrown together. But this book ends on a serious cliffhanger with nothing at all resolved.
I should have read the reviews for this before reading because I would have seen that people were complaining that this ends on a cliffhanger and I wouldn't have wasted my time on this. This should have been an entire book with a beginning, middle and real ending, but it was not. I really wish authors would stop ending their books on cliffhangers like this because it makes me less likely to read any of their other books.
I give this book 2 out of 5 stars.
Amazon
Posted by Mary Kirkland at 12:00 AM