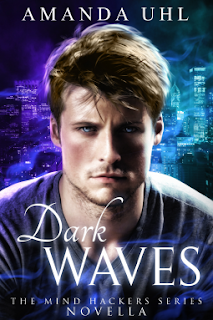 Book Description
A fearless doctor
Paranormal psychiatrist Dr. Audrey Gilbert is not used to failure, especially when it comes to her career. She possesses an uncanny ability to see into her patients’ souls and mend their brokenness. When she misdiagnosis a patient and is fired, she is given a chance to regain her job. Her task? Restore the health of a deranged mind hacker. But safeguarding her heart while convincing the detached and bitter man to trust her, just might be the challenge of a lifetime.
A tormented hacker
Born into a family of powerful psychics, Kevin Jorgensen has always had a quick wit and a sunny disposition. But that was before he nearly lost his life battling a rogue mind hacker. Now he spends his days in isolation, fighting for his sanity. He swears never to use his gift, not even if he’s drawn to the woman determined to help him recover.
A battle for survival
When Audrey and Kevin discover someone has tampered with her mind, they must work together to determine why. Because if they fail, their lives and the lives of many other hackers will be destroyed.
My Review
Dr. Audrey Gilbert is a paranormal psychiatrist for powerful psychics. She has the ability to see into them and fix what's broken. But one such patient went rogue after she released him from her care and someone died. She's fired because of this but told by her boss that she can get her job back if she finds Kevin Jorgensen, talks him into letting her help him, fixes what's wrong and he comes back to work. Both Kevin and Audrey are part of the U.S. government’s Cognitive Mind Unit and they want him to come back to work. He is a level 10 telepath/psychic, meaning a very strong, talented, psychic/telepath and they want him to come back to work after 5 years and not getting better.
Kevin Jorgensen spots Audrey in the store the day before she is going to meet him and he can hear his name in her mind so he knows she's there for him, he just doesn't know why. His mind is really messed up after his last mission and no one has been able to help him so he's given up trying. He hears and sees things that aren't there but they might be trying to tell him something if he'll only listen.
Kevin feels something for Audrey right away and he's curious about her so he allows her to come in and talk to him. But there's something strange about her and when he realizes that someone has messed with her mind and erased some of her memories, he gets his brother involved who is also a very strong psychic/telepath. Trying to figure out who messed with her mind and why his memories were erased and by whom is where this story takes us. I loved the ride. For a quick novella there was a lot of story in this book.
I give this book 5 out of 5 stars.
Amazon
Posted by Mary Kirkland at 12:00 AM