What is Serotonin Syndrome? 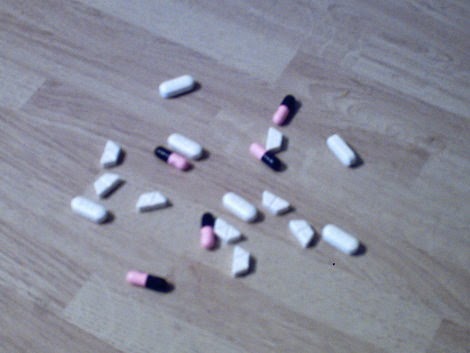 Serotonin Syndrome is a rare medical condition that occurs when two medicines are taken together and serotonin levels rise. It can sometimes be life threatening and a short stay in the hospital may be needed to observe the person until their serotonin levels return to normal.

Serotonin Syndrome can occur when two medications that affect the levels of Serotonin are taken together and the level of Serotonin in the body rises too much.

Serotonin Syndrome is more likely to occur when a person first starts to take these medications together or when the medications dosages are increased.

Treatment
Serotonin Syndrome can be life threatening if not treated immediately. Your doctor will most likely tell you to stop taking the medicines that have increased your serotonin levels. A hospital stay for at least 24 hours is sometimes warranted to observe the patient with Serotonin Syndrome.

Drugs may be given to stop the production of more serotonin and IV fluids are usually also given. In some serious life threatening cases a breathing tube may be necessary until the symptoms are gone.

Blood work may be necessary or your doctor may admit you into the hospital for 24 hours for observation after withdrawing the medicine or medicines that were causing the serotonin levels to rise.

Patients can quickly get worst and become so ill it becomes life threatening if not caught and treated quickly. But with treatment symptoms usually start to go away quickly and leave no lasting ill effects.

Even though Serotonin Syndrome is a rare condition it can happen to anyone, I know this first hand because a while back it happened to me. I'd been taking 10 mg's of Lexapro every day for more than five years. Then my doctor added 300mg's of Trazodone to what I was taking daily. After two weeks of taking these two medicines together I noticed I was having some strange new symptoms. I stopped taking the Trazodone and called my doctor, but by that time it was too late to stop the Serotonin Syndrome from happening to me.

I had all the symptoms of Serotonin Syndrome except for the loss of coordination and Hallucinations. I talked to my doctor on the phone and told him my symptoms and he knew right away what it was. I was told to stop taking Trazodone and if my symptoms got worst to go to the hospital. Later that night I started having hallucinations and I didn't know what was going on because my doctor never told me that I could experience hallucinations. I didn't find out about this symptom until I called my brother and asked him to look up the other symptoms for Serotonin Syndrome online.

It took almost 5 days for all the symptoms to go away, even though all the literature I read said the symptoms should be gone in 24 hours. My doctor could not give me a definitive answer as to why my symptoms lasted so long.

As a patient I have learned we have to be proactive and learn as much as we can about the medicines we are taking. Knowing the side effects, drug interactions, complications as well as the signs and symptoms of possible rare side effects is something we have to be on top of. What happened to me was an extremely frightening experience that I hope no one else has to go through.
Posted by Mary Kirkland at 12:00 AM